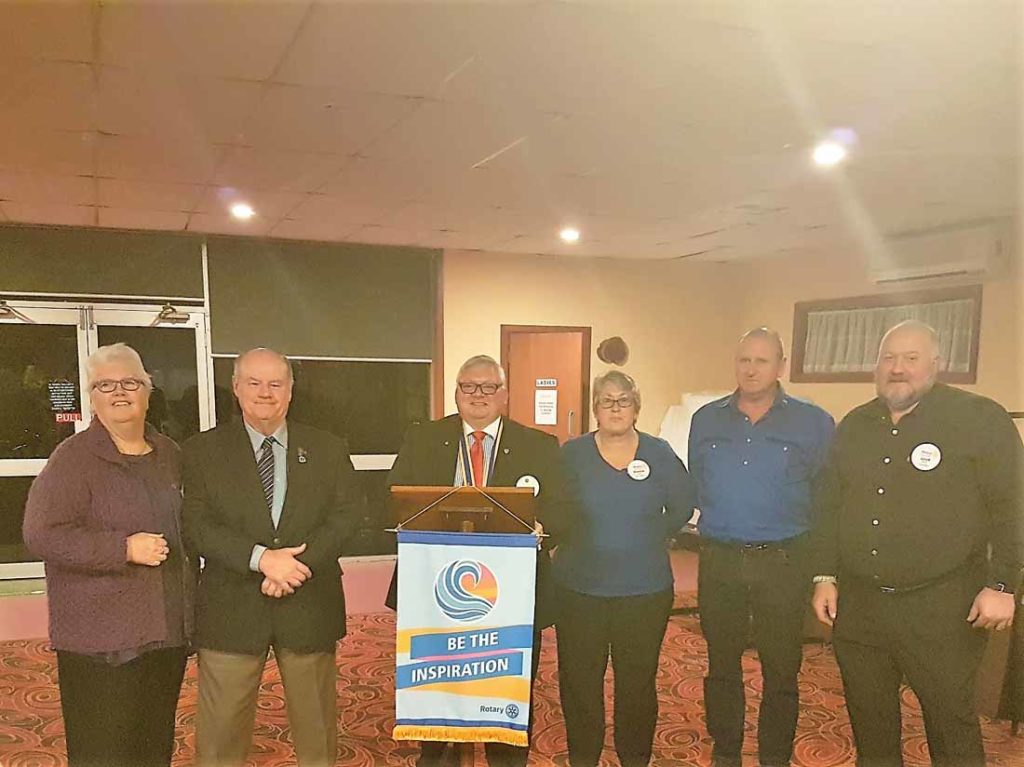 The Rotary Club of Cobar has appointed its new board for another year of serving the local community and supporting Rotary International projects.

The Cobar club’s 2017/18 president Tony Punzet was re-elected to serve another term with Gordon Hill continuing into the 2018/19 year as secretary. Recently recruited club member Darlene Brooks has stepped up into the treasurer’s position.

Assistant District Governor Stephen Cowley travelled from Dubbo for the Changeover Dinner bringing with him a Brazilian International exchange Student.

In his president’s report Mr Punzet highlighted the club’s activities during the year and praised members for their ongoing support.

He said the club was fortunate to have four new members along with another membership application just received from an International Rotarian who has moved to Cobar from Mongolia.

Mr Punzet said the Club was keen to encourage more Cobar residents to join as members or as Friends of Rotary to assist the club to continue with its local projects.

During the 2017/18 year Mr Punzet said the Rotary Club of Cobar had supported several local groups and had contributed a total of $5,073.19 to their projects.

The stage was well and truly set for an exiting showdown in the Squalleyball grand final on Thursday night at the youth centre. The competition’s two top teams, Kamikaze Pilots and BNB, both of which are former competition champions, went head to head last week with Kamikaze Pilots coming out […]

Overcast, cool conditions brought out 28 shooters on Sunday for the annual Beryl Jones Memorial Trophy Shoot at the Cobar Clay Target Club. There were a lot of visitors among the contestants along with some new starters and juniors. It was a dull day with a slight chill to the […]