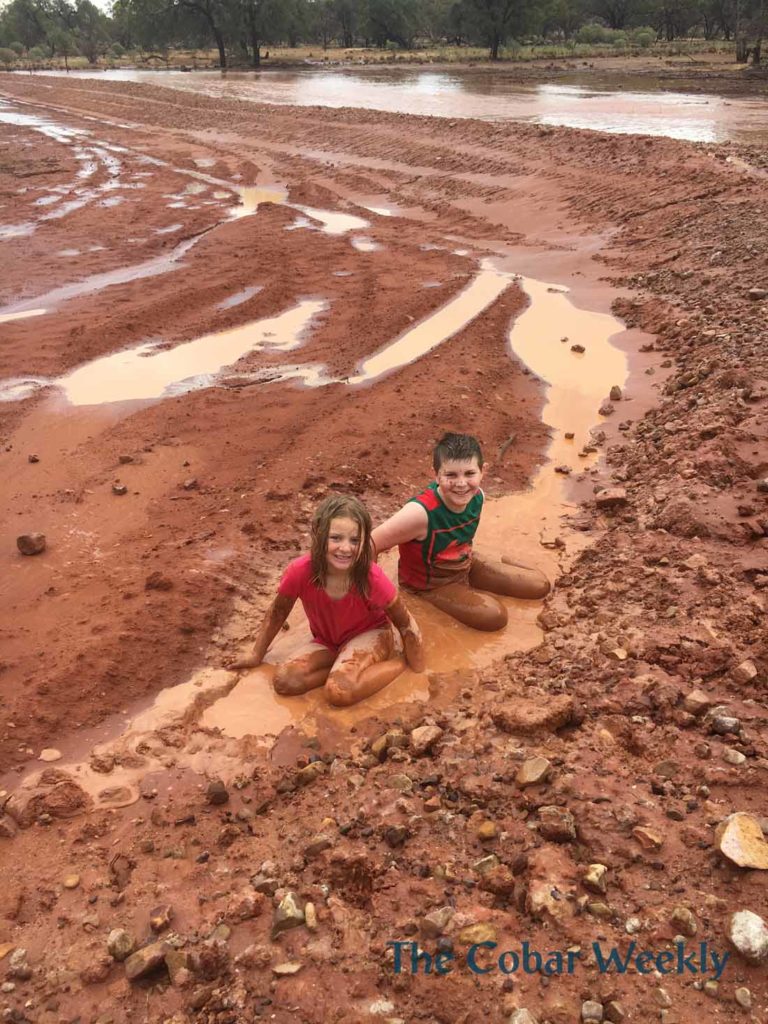 Local cockies, golfers, gardeners and pretty much everyone around the western district was all smiles after good widespread rain was recorded across the Cobar Shire over the weekend.

Graziers in the northern part of the Cobar Shire fared the best measuring the most in their rainfall gauges.

The Culls at Boonara Downs, north west of Cobar, recorded 68mm which started to fall around 4pm on Saturday and didn’t let up until 7pm on Sunday.

Over in the nearby Bourke Shire the rain gauges were overflowing also with West Mooculta Station reporting 84mm.

The rain recorded in the south east of the Cobar Shire was considerably less but still “very nice” according to Megan Mosely at Etiwanda (near Nymagee) who recorded 32mm.

Near neighbours the Nicholsons recorded 38mm and 48mm on different parts of their property while at Restdown, in the east of the shire near Canbelego, Sheena Geppert was all smiles when they recorded 43.5mm.

The Reschkes, in the north of the shire, recorded a welcome 49mm at Boulkra while at Lachlan Downs in the south, Jillian and Dom Prince were very pleased to have collected 44mm in their rain gauge.

According to the official Bureau of Meteorology figures, Cobar received 42mm of rain over the weekend while the Cobar Airport automatic weather station recorded 45.8mm.

The rainy weather came after some hot days last week, reaching a top of 30 on Thursday while Friday reached 34.7 degrees.

Saturday was another hot one with a top of 34 before the clouds started to roll in late in the afternoon and dropped the temperature 10 degrees in an hour, with a thunderstorm bringing the first dumping of rain and wind gusts close to 60km/h.

The storm and overnight rain dropped 21.6mm on the town up to 9am Sunday.

Steady showers kept the temperature low, with Sunday recording a top of just 19 degrees, and adding another 8mm to the rainfall total before another storm rolled in around 3.30pm.

An 82km/h wind gust was recorded in
that storm and 12mm of rain fell in just 15 minutes.

The forecast for this week is for sunny conditions, peaking at 28 degrees tomorrow before cooling off to around 23 for the weekend.

The COHOE Roosters won the Mixed Division title at the Coolah Veterans Touch Carnival on the weekend. Winning four of their six games over the two days of competition, they progressed to the grand final on Sunday where they beat the Coolah Golden Oldies, 6-2. Jenna Fullagar scored a double […]

The Rotary District Governor of the 9670 district, which takes in a wide area including Cobar, was in Cobar recently to discuss the Cobar Club’s Drought Relief Program. District Governor Graeme Hooper and his partner Sue met with members to find out first hand what the Rotary Club of Cobar […]