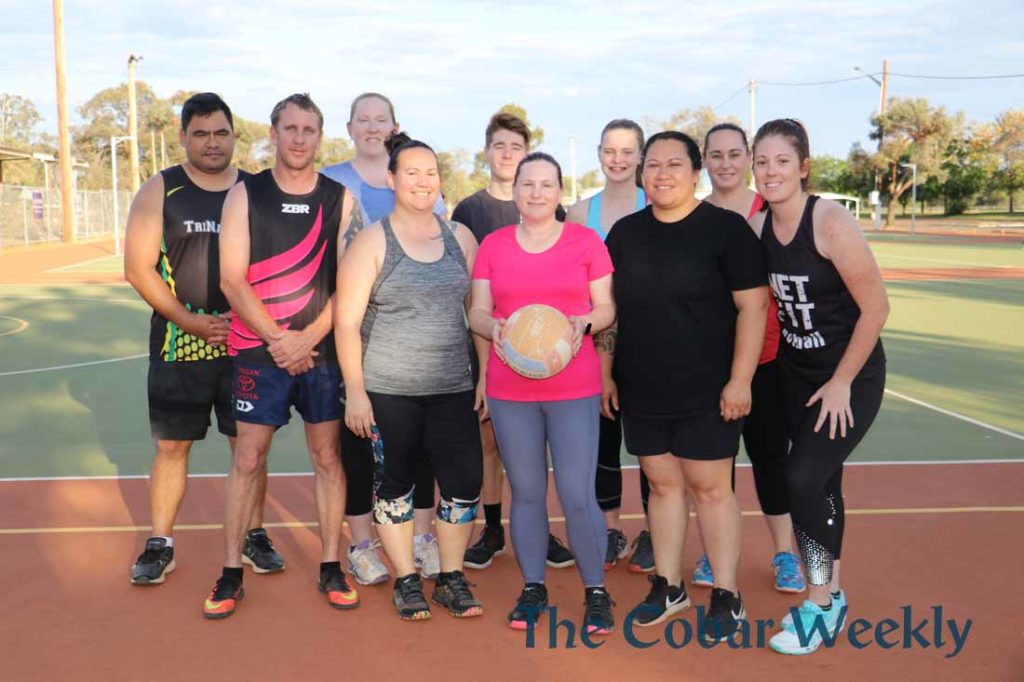 Norfolk & Chance will go into the Mixed Fast5 Netball grand final next week as favourites after their easy 38-20 major semi final win over Mambo No 5 on Friday night.

The Minor Premiers continued their unbeaten winning streak after taking control from the outset of last week’s game.

Norfolk & Chance led 9-5 at the first break and 11-7 at half time and they blew out the score to 27-10 in the third quarter when they used their Power Play option (which gives them double points for each goal) to great effect and finished strongly to record the 18 points win.

Benchwarmers finished as 20-14 winners over I Dunno in the minor semi final on Friday after having started off well thanks to some accurate long range shooting by Travis Schintler.

A low scoring final quarter by both teams saw Benchwarmers through to a 20-14 win.

Benchwarmers will play Mambo No 5 this Friday night in the final with the winner to
play Norfolk & Chance in next week’s grand final.

After Cobar senior netballers played their Round 10 games in very warm conditions on Saturday, the committee made the decision to play all future games in the 2020 competition as twilight matches. At this time of the year, the netball competition is usually getting ready to wind up, however with […]

The Cobar Yabbies Senior Men’s Swimming team returned home from the 2019 Five Ways Swim on Sunday at Gosford with a couple of good wins under their belts. They won the 10 Man Relay after finishing within 0.41 seconds of their nominated time and Cameron Van Breugel was first in […]

Pumpettes and Real Steel through to netball grand finals

Pumpettes and Real Steel will line up in this Saturday’s senior netball grand finals having both won their all important finals games on Friday night. In A Grade, Pumpettes (who were last year’s premiers) beat ENDivas 38-26, while in B Grade, Real Steel earned themselves a grand final berth after […]