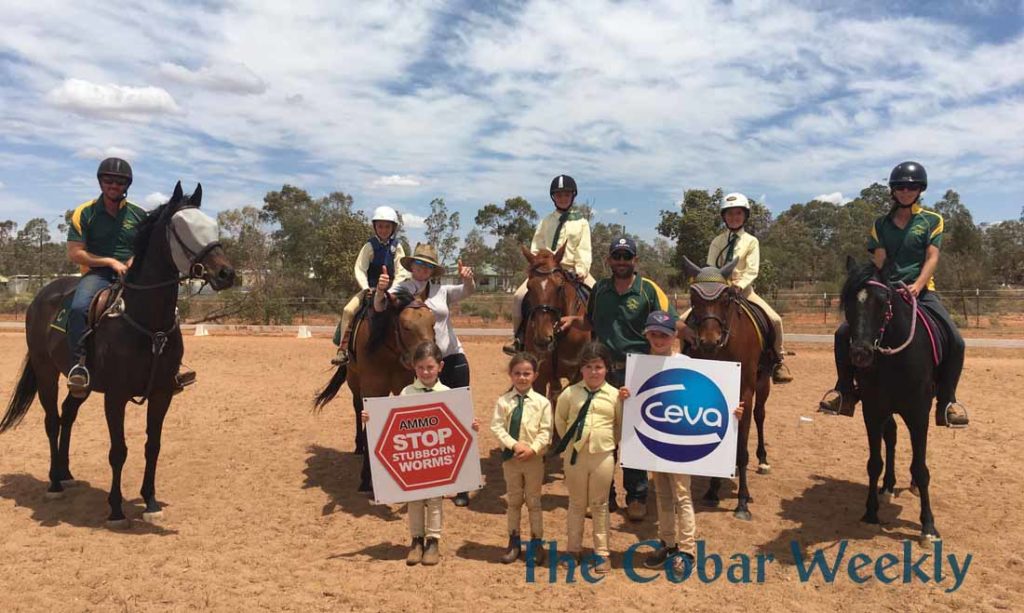 Cobar Pony Club members were lucky enough to join elite dressage rider and trainer, Gina Montgomery, who has an extensive list of championship wins for a full day clinic on Saturday at the Dalton Park Horse Sports Complex. The Cobar Pony Club won the
clinic (which the riders described as “awesome”) through a Pony Clubs of Australia NSW promotion run in conjunction with AMMO and Ceva. ▪ Photo contributed

There were 10 children and adults in attendance

Pony Club’s best of the season

Getting in some pony practice

The COHOE Roosters won the Mixed Division title at the Coolah Veterans Touch Carnival on the weekend. Winning four of their six games over the two days of competition, they progressed to the grand final on Sunday where they beat the Coolah Golden Oldies, 6-2. Jenna Fullagar scored a double […]