The Cobar Branch of the Country Women’s Association (CWA) celebrated the 90th Anniversary of the founding of the Cobar branch with a luncheon on Saturday at the Services Club.

According to the Cobar branch publicity officer Kay Corbett, the branch was first formed on October 5, 1926 with a meeting at the School of Arts building. 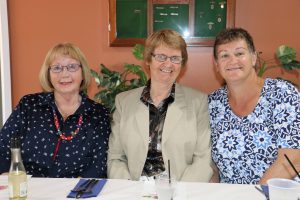 “The CWA restrooms were built and opened in 1946 free of debt,” Ms Corbett advised.

“Mrs Ellen Knight was the president at that time and led the ladies in fundraising for the building as well as many charities in the town.”

Ms Corbett said at Saturday’s luncheon some of group’s historical records and photographs were on display as well as handicraft items produced by the members.

“The luncheon was cheerful and successful and a brief history of Cobar CWA was printed and given to visitors and guests. 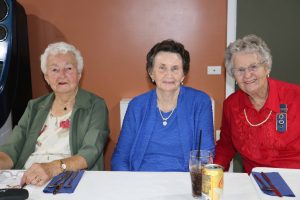 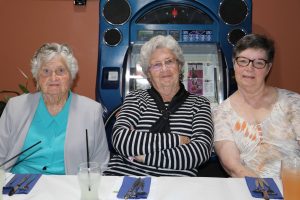 The Cobar Weekly, Cobar’s own independent community newspaper, will celebrate its 30th anniversary this week. The first edition of The Cobar Weekly was produced on February 6, 1986 and 30 years later “the little paper” is still providing locals with all the latest news, sport and photos of local happenings. […]

Art workshops to help locals look after their mental health

A Flourish Australia art workshop held in town last Wednesday was well received with a group of 25 locals enjoying learning about art in a relaxed and friendly atmosphere. The workshop was held at the Cobar Bowling & Golf Club with participants guided in drawing and painting activities by Flourish’s […]

The Australasian Mining History Association is holding its 22nd annual conference in Cobar this week. The week has been planned meticulously by the University of Canberra’s Dr Ken McQueen who has organised many interesting presentations as well as excursions to some of the surrounding mines and local tourist attractions. Cobar’s […]