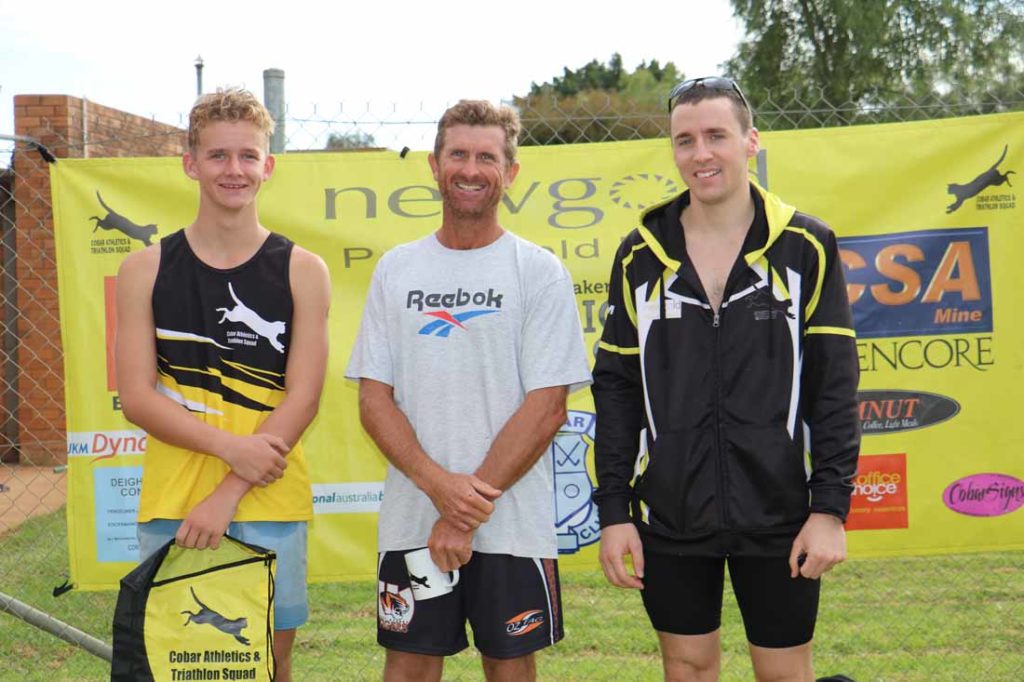 In the last Triathlon of the season, Cobar Athletics & Triathlon Squad (CATS) members put in a big effort which resulted in some outstanding results on Sunday.

Jones’ outstanding performance over the 300 metres swim, 10km ride and 2km run in a new personal best (PB) time of 36min 19sec, earned him first place in the handicapped event.

Wrigley’s time of 35.28 is now the new Short Course record to beat.

Another big improver this season, Chris Freeman was third in the handicapping after shaving nearly three minutes off his previous best time to record a new PB of 37.49 for the Short Course.

Axel Fairfull and Laura Andrew both improved on their results from last month with Fairfull completing the Short Course in 58.32 and Andrew clocked in at 46.40.

The CATS’ are planning to hold Duathlons in April and May to finish off the season.

CATS rack up the records at triathlon

The Cobar Triathlon & Athletics Squad (CATS) kicked off the new year in a big way with record times and record attendance at their triathlon event on January 13. With 20 competitors (three teams and 11 individuals), it was the biggest field for the club this season which also included […]

CATS kick off the new year with two broken records

Chris Powell finished as the Overall Handicapped winner of the Cobar Athletics & Triathlon Squad’s (CATS) November triathlon. The monthly triathlon attracted a small field of 11 individuals and one team of two to the Cobar Memorial Swimming Pool on Sunday morning. Competitors had to deal with chilly conditions and […]