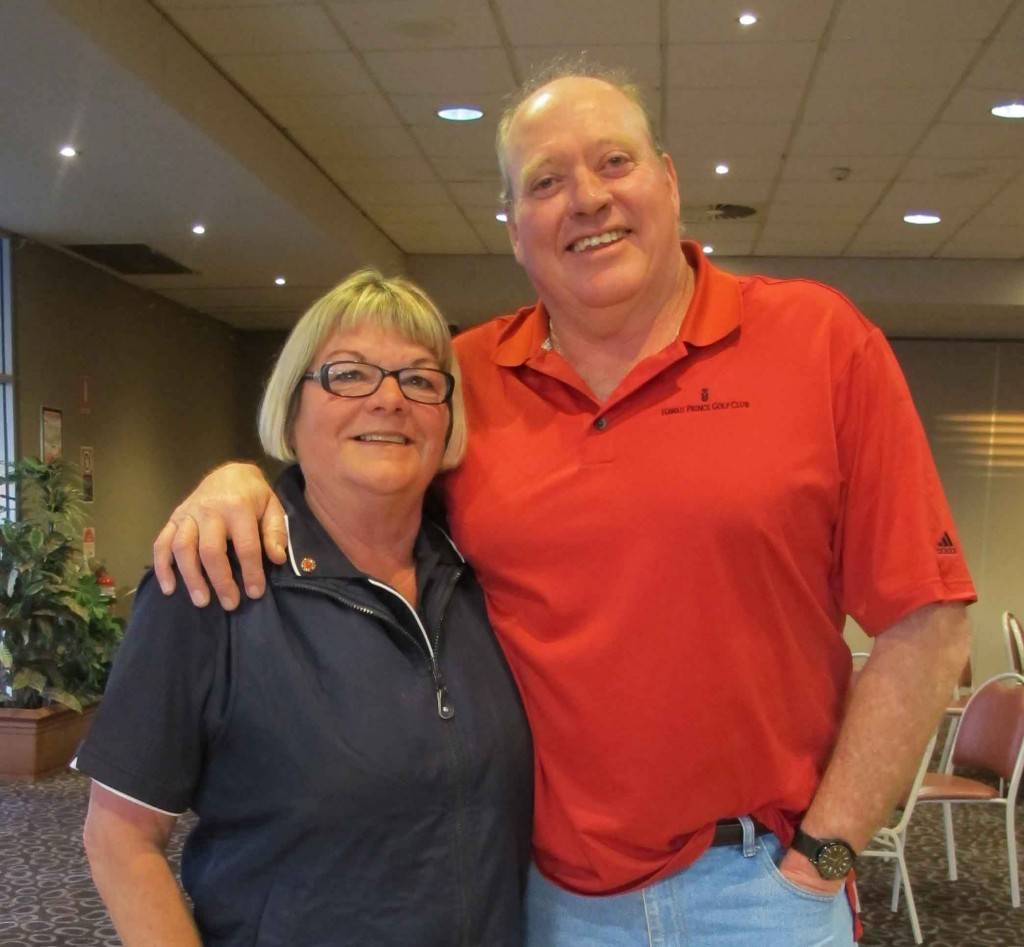 There was a huge roll up of players for the annual Cobar Veteran’s Day golf tournament on Friday followed by more good fields out on the course for more games on Saturday and Sunday.

It was the best numbers seen at a Cobar Vet’s day with 60 players competing on Friday.

Golfers came from as far away as Coonabarabran, Dubbo, Warren, Trangie and Narromine.

Rain on Thursday morning made the fairways slow, but after the thick fog lifted on Friday morning, a beautiful day greeted the golfers although the sluggish fairways meant there weren’t many big scores.

Two players unaffected by the slow conditions were Mark Martin, who took out the men’s division with a score of 41 and Angela Fryer, who won the ladies event with 33.

The best Scratch scores were recorded by Graham Tomek from Nyngan for the men and Sally Bannister for the ladies.

David Bunyan from Coonabarabran and Pam Sikora had the best First Division scores.

Second Division was won by Kevin Noonen from Warren and Daphne Cross.

Longest drives prizes were won by Denis Wilson from Warren and Narelle Green.

The day was generously sponsored by Peak Gold Mines and Atlas Copco and a willing band of helpers ensured the day was a huge success.

On Saturday the Atlas Copco Stableford day was contested by 24 players.

The winners on the day were: Michael Ryan with a score 43, Matt Russell, 42, Trevor Menadue 42, Ian Prendergast 41 and Derek Beehan 40. A nearest the pin prize was won by Peter Brien on the 7th hole.

Another Stableford round was played on Sunday with 17 players teeing off.

Jimmy Suroto took out first place with a score of 42 points followed by Craig Dillon 40, with Derek Beehan, Jacob Ryan and Mark Fraser all finishing with 39.Nearest the pins prizes were won by Jarrod Marsden on the 3rd hole, Mark Fraser (7th) and Matt Russell (15th).

The Club Championships will be played this Saturday and Sunday. Both days will be contested over 27 holes with a 9am start.

Cobar will be taking a Pennants Team to the Western Districts Championships in Trangie next Sunday and the committee is looking to select a team of players who are available.—Out of Bounds

The Golfie is central in Cobar’s social and sport history

The Cobar Bowling & Golf Club will this weekend celebrate 50 years since they moved into their current clubhouse. Golf was first played in Cobar on a four-hole course in about 1914 with the course positioned on a site north of the existing clubhouse. The Cobar Golf Club was formed […]

A women’s golf Learners Day on Sunday attracted five new faces and, by the smiles and stories afterwards, all enjoyed themselves immensely.  The winners of the three person Ambrose were Karen Walsh, daughter Sarah Irvine and Sally Bannister with a score of 61 2/3 net. The runners-up team of Fay […]

NSW Farmers president Derek Schoen was in Cobar last week as part of a regional tour to catch up with Western Division farmers at a series of NSW Farmers meetings and events. NSW Farmers Regional Services Manager Caron Chester, who accompanied Mr Schoen on the tour, said the 2,000 kilometre […]