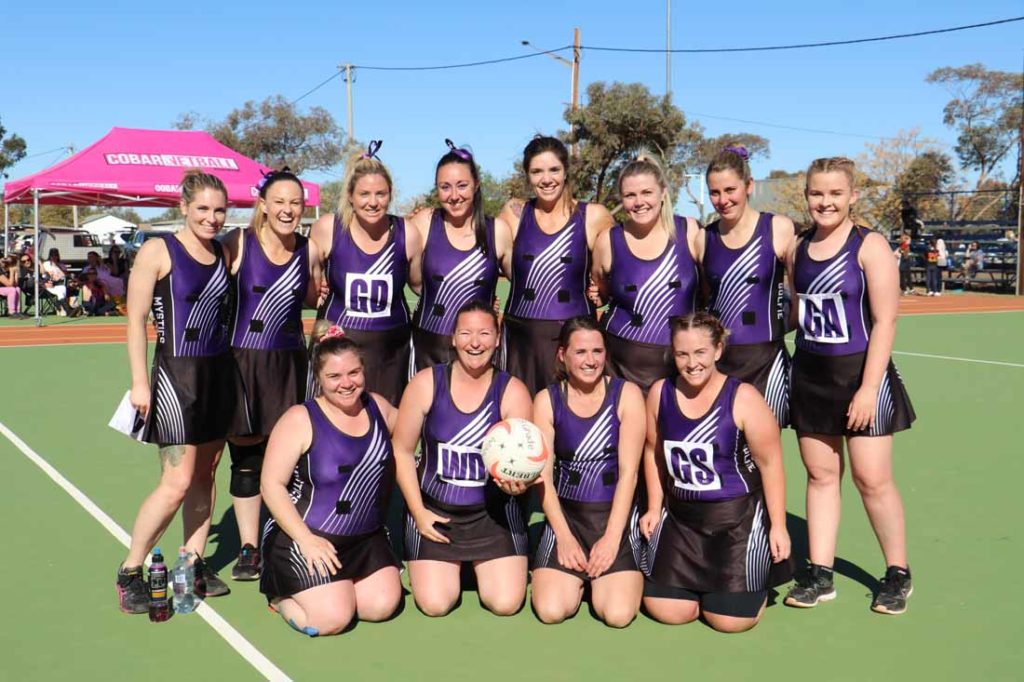 See a gallery of images from the games here

Mystics finished as narrow three points winners over Real Steel in the B Grade netball grand final at the Ward Oval courts on Saturday.

The match was a great game to watch as both sides were evenly matched.

Each team also had plenty of subs on the sideline which ensured they had lots of player options throughout the game.

Mystics’ shooters Mandy Hewlett and Molly Negfeldt made a hesitant start in Saturday’s game however their defenders dominated the first quarter to ensure they had additional shooting opportunities and, by the end of the first quarter, Mystics led 6-2.

Real Steel took command of the second quarter when Cooper Bartlett came on to shoot. Bartlett and Sarahjane Arthur outpointed Mystics 8-3 in that quarter to give Real Steel a 10-9 lead at half time.

The introduction of Haylee Prince to Wing Attack and moving Nat Prisk to Wing Defence had also strengthened Real Steel’s mid court play which gave their centre, and player of the grand final, Catherine James, plenty of opportunities at each centre pass.

Sharon Green, playing at Goal Defence, was strong all game for Real Steel.

Bek Harris, who recorded seven intercepts, four deflections and a rebound for the three quarters she played, was an inspiration to her Mystics side and she helped her team to stage a determined second half fightback.

Memories of their shock loss in last season’s grand final would have been forefront in many of the Mystics’ players minds and by three-quarter time, they were holding on to a narrow two goals lead, 16-14.

Hewlett’s and Negfeldt’s shooting confidence had returned and they outpointed
the Real Steel shooters 8-4 in the third
quarter.

Jasey Bruce joined Negfedt in the ring in the final quarter and the pair again outpointed the Real Steel shooters 5-4, to help their Mystics side to a three goals win, 21-18.

Round one of the Cobar Netball Association 2016 women’s competition began on the weekend with some great games of netball played across A and B grades. With 13 teams, grading games were held over past weeks to determine grades, with teams graded on their potential ability. A vastly improved Sharpe […]