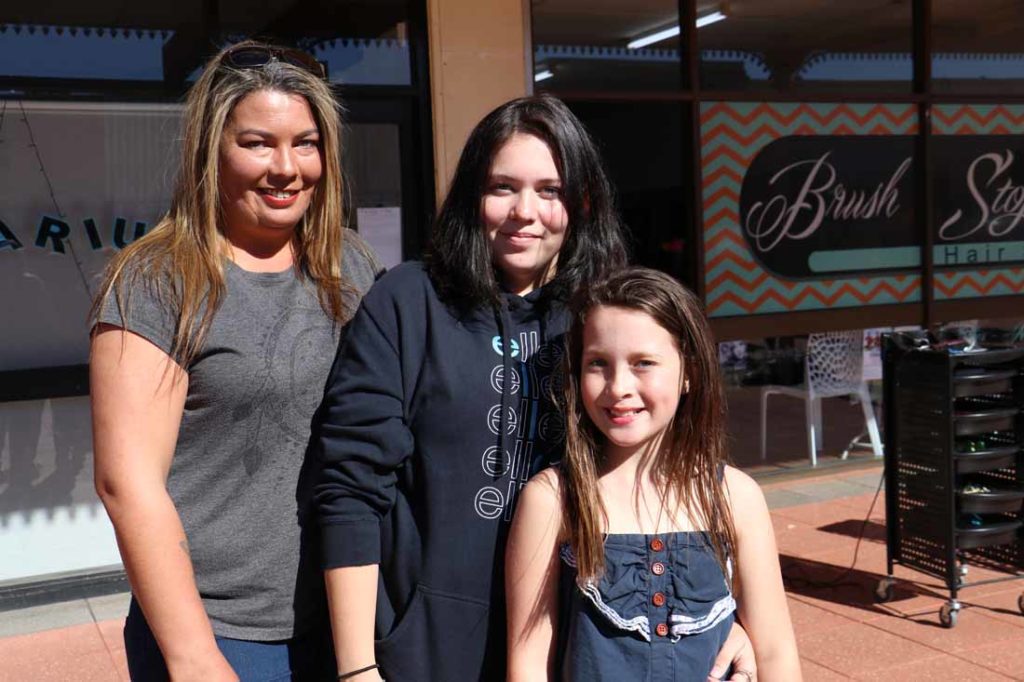 Lisa, Gracie and Montana Dowling shaved off their long locks on Saturday to raise money for the Cancer Council. It started out as Gracie’s idea to raise money and her aunt Lisa said she would do it too. Lisa’s daughter Montana then piped up and said she wanted to shave her hair off and so the three all went under the razor. The shave took place on Saturday morning in front of a crowd of family and friends in the main street. A donation of $1,000 from the CSA Mine and Crazy Hair Day fundraisers at Cobar High and Cobar Public School helped the trio to raise the big total of $5,000. Montana’s hair was long enough to be donated to make wigs for children with cancer. (Lisa’s was long enough however as it was dyed it was not able to be donated.) Gracie’s mum Angela was very proud of her family and in particular her daughter Gracie. “Gracie’s got the biggest heart, she’d do anything for anyone else before she thinks about herself. She’s a pretty cool kid,” Angela said. 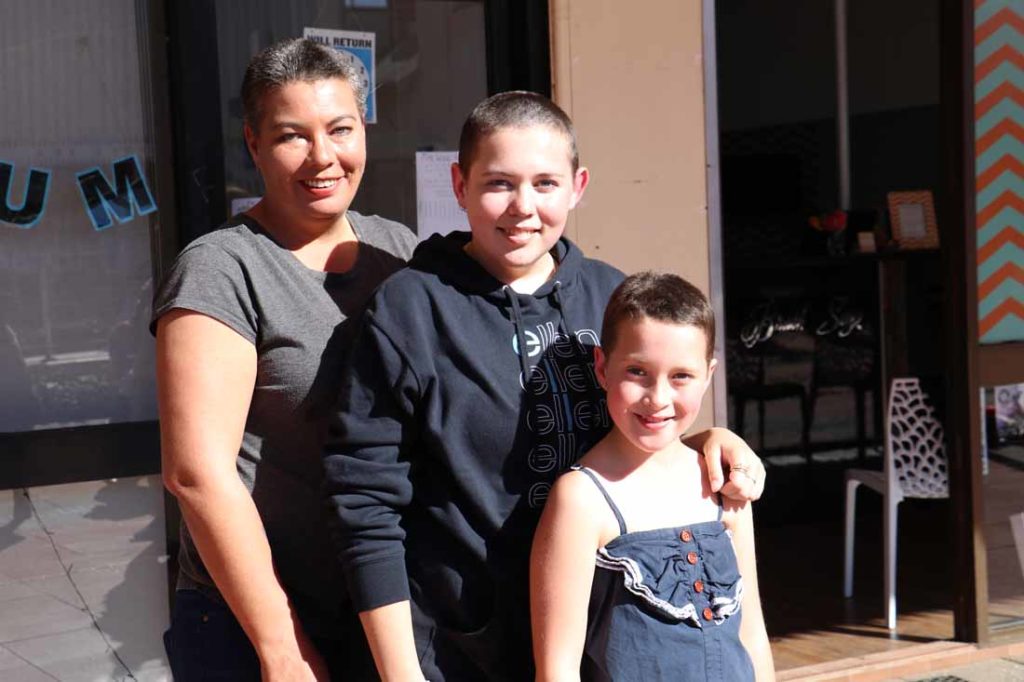 In the coming weeks more than 150,000 people will sign up to shave or colour their hair to support Australians with blood cancer and fund research, while in Cobar there’s a posse of pooches who are joining in the cause. The Cobar Memorial Services Club is a regular supporter of […]

Businesses band together to call for free camping action

Local businessman Geoff McGuinness has recently canvassed other local businesses and found that many, like him, are “feeling the pinch” from missing out on the lucrative trade brought into town by free campers. Mr McGuinness said while free campers are still coming to Cobar they aren’t arriving in the same […]

A local mother who has had cause to use the services of Angel Flight to gain access to medical treatment for two of her children cannot speak more highly of the service. Angela Cox and her seven year old daughter Phoenix hitched a ride with Angel Flight pilot Neville Page […]