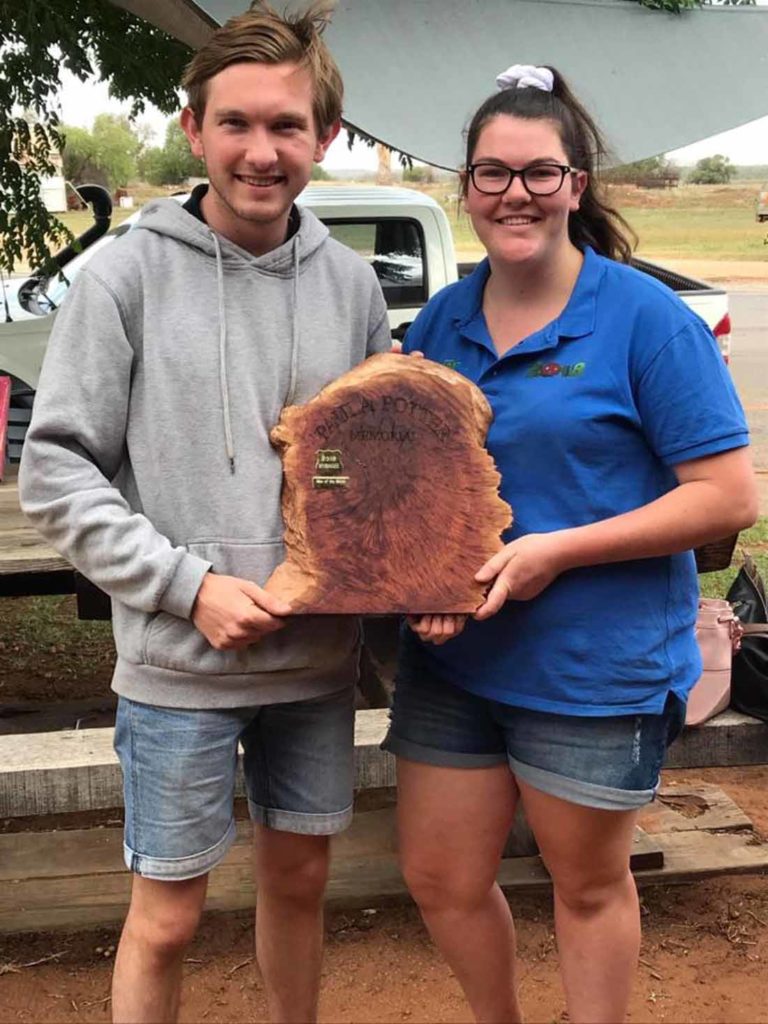 The first Paula Potter Cup cricket tournament was played on Saturday in Nymagee in memory of local woman Paula Potter, who passed away in 2013. The Nymagee team defeated Tottenham, with Nymagee’s Chad Buckman being named the Man of the Match. Pictured are Paula’s children Owen and Alice Potter with the Paula Potter Memorial Shield. Photo contributed

Nymagee’s Jade Buckman (168 not out) and Empire’s Jake Harbison (166 no) scored massive tonnes in an incredible day of cricket on Saturday at Nymagee. Nymagee successfully chased Empire’s 317 runs total for victory with one over to spare in the local 40 Over cricket competition. Both teams were missing […]

A revved up, red hot Empire Billy Goats team cleaned up the Nymagee Magpies in the Cobar & District Senior Cricket grand final at Ward Oval on Saturday. After winning the toss, Empire batted first but got off to a slow start after opener Jay Egan (3) was out LBW […]

A group of 24 volunteers from Sydney made up of pilots, engineers, flight attendants, sign writers and business people just wanting to make a difference, helped out the Nymagee and Mount Hope district last week. Last week’s visit was organised by Connecting Communities Australia (CCA) to help a rural community […]