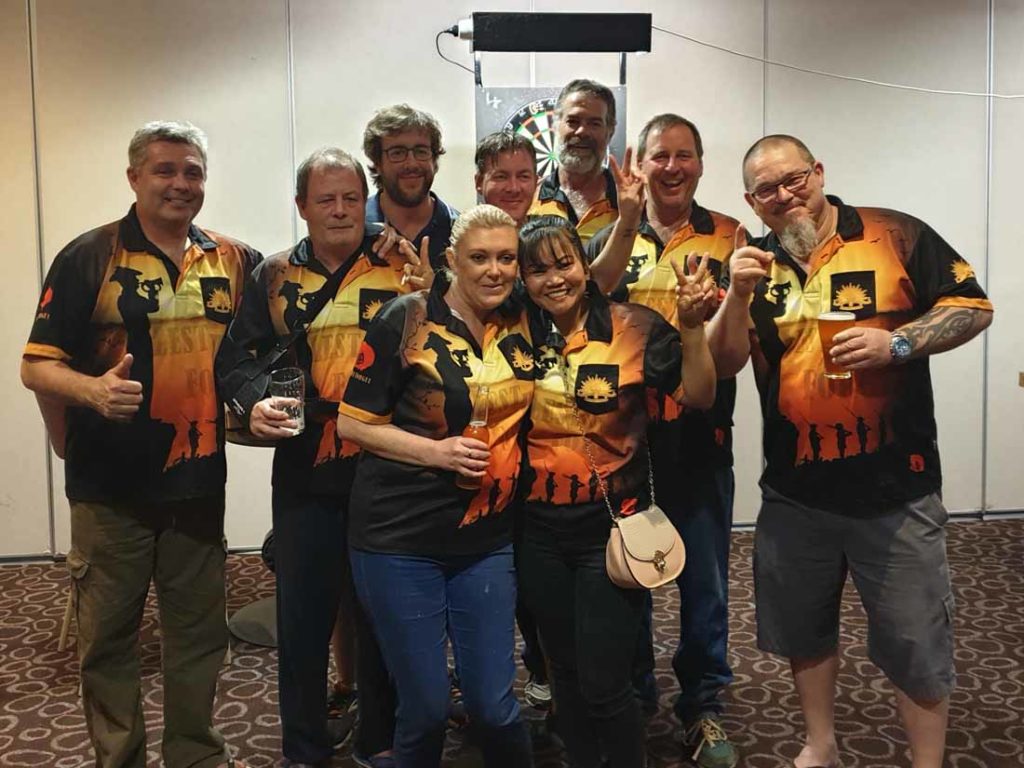 The RSL Outlaws held the Empire Pirates to ransom last Wednesday night claiming a 6-2 win in the A Grade darts grand final game.

The A Grade and B Grade grand final games were both played at the Cobar Bowling & Golf Club last week, and with teams finalists in both grades, the Empire Hotel was hoping for a double celebration.

The RSL Outlaws however had other ideas and they were in top form for the grand final game with four team members recording high scores to help their side to a relatively easy four games win.

Some of the Empire Pirates put up a fight, with Brian Sylvester (119) and George Greer (140) pulling out some big scores in the match before they, and the rest of their team, were eventually made to walk the plank.

After the Empire Hotel’s hopes were dashed in the A Grade match, it was up to their B Grade side, the Empire Barflies to bring home the bacon in B Grade. The game tunned out to be a much closer contest with Empire Barflies narrowly finishing as 6-4 winners over the Golfie Spearchuckers,

There were however no hundreds and high scores recorded in the match.

The highest score of the night was 140 thrown by A Grade players Don Roberts and George Greer.

Nice weather and a good field of 46 golfers made the 2019 Cobar Veteran’s Golf annual event on Friday an enjoyable day all-round. Travelling golfers were surprised to see greenish fairways and enjoyed Cobar’s hospitality with the Cobar Bowling & Golf Club once again outstanding in the catering department. Players […]

Golfie’s new manager has a wealth of experience

Brad Beetson, the Cobar Bowling & Golf Club’s new secretary/manager, comes into the role with a wealth of experience having worked in the hospitality industry for more than 20 years. Mr Beetson took over the role last Monday following the recent resignation of Demi Smith who has taken up a […]

Lady golfers were seen soaking up the sun last week on the course with numbers increasing due to some of the COVID-19 restrictions being relaxed. Groups of four can play together now although the one player per cart rule still stands. Sally Bannister was the Stroke competition winner on Wednesday […]