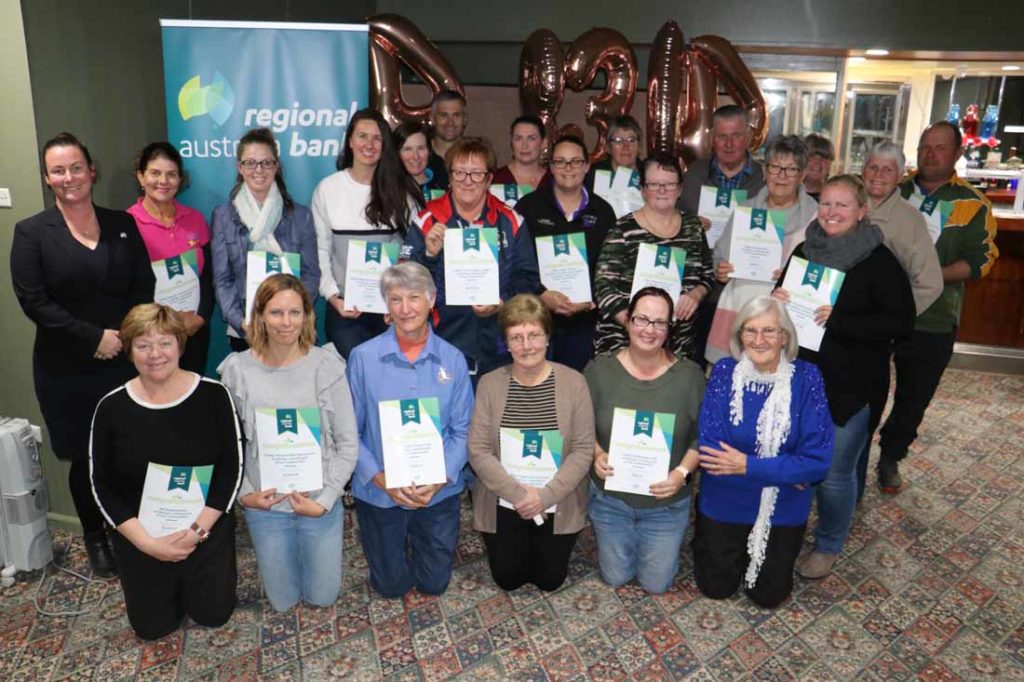 The Regional Australia Bank handed out $46,364 to a large number of local
community groups last Tuesday at the Services Club as part of their Community
Partnerships program. The bank’s donation program is going from strength to strength each year, particularly in Cobar, with $4,000 more handed out this year compared to last year. Cobar branch manager Kelly Fairbank said she was pleased to see the number of recipient and supporter groups has now reached 1,076. Mrs
Fairbank now has a goal to give away more than $50,000 next year.

Old hospital to be demolished as new build takes shape