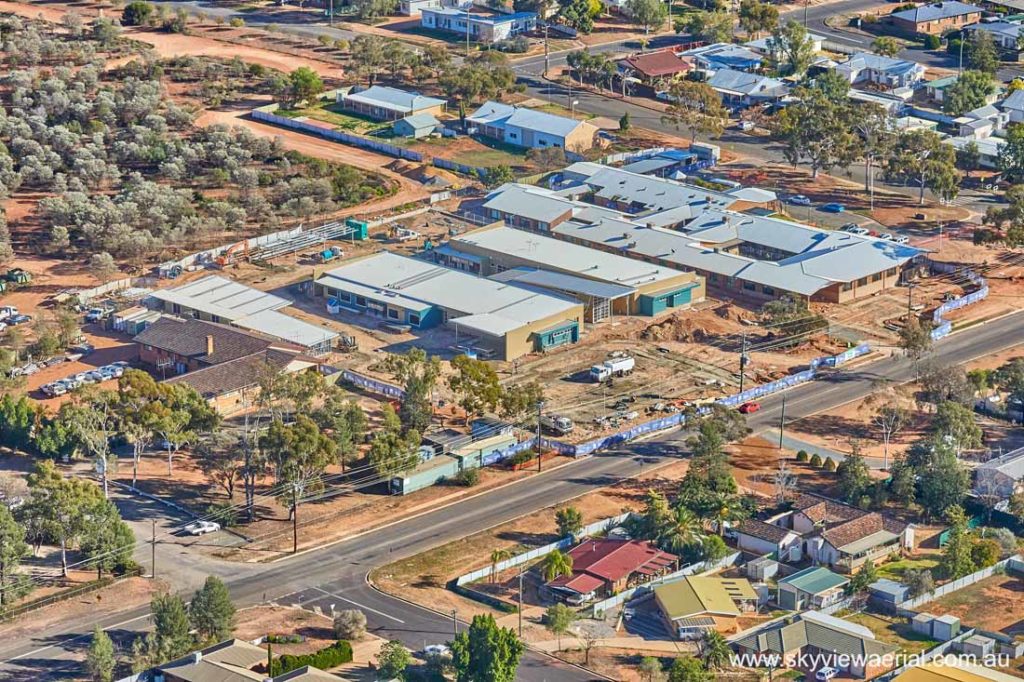 The existing Cobar Hospital building
is set to be demolished following the
completion of the new Health Service next year.

The new Health Service building in Woodiwiss Avenue is nearing completion with hospital and Community Health staff getting ready for the move to their new premises in early 2020.

Kylie Neville from Health Infrastructure said the Western NSW Local Health District (LHD) will have no further use for the aged Cobar Hospital buildings which are now earmarked to be demolished as part of the redevelopment project’s scope of works.

Ms Neville said Western NSW LHD has consulted with Cobar Shire Council on the future use of the building with council indicating they did not want to take ownership of them.

Council has supported Western NSW LHD’s proposal to demolish the buildings which are more than 50 years old.

“Following demolition, the vacant land will be transferred to Property NSW, who, on behalf of the NSW Government, will manage the divestment process,” Ms Neville said.

The existing Cobar Hospital building has served the community since it was officially opened in 1968.

At the time it was described as an “ultra modern” facility.

Ms Neville said while the old building will be demolished, its history and the contribution to community will not be lost.

“Further opportunities are being explored to honour the history of the health service, including the relocation of plaques and monuments,” Ms Neville said.

“Copies of this will be provided to the Cobar Shire Council and the local museum.”

Meanwhile work on the new Health Service is continuing at a good pace with the external cladding now completed.

Ms Neville reports Hutchinson Builders are currently concentrating on completing the internal areas, as well as on the new staff accommodation building and outdoor areas.

“In one week, nearly 2,200 square metres of concrete was poured for outdoor spaces, which is equivalent to nearly five netball courts.

“We are well on track for project completion by early 2020, and will keep the community posted closer to this time with dates for
transfer of services and when the new health service will be operational,” Ms Neville said.

“We look forward to giving the community a sneak peak into the new health service too.”

The Cobar Health Service team at Cobar Hospital is up for a Western NSW Local Health District (WNSWLHD) Health and Innovation award. The Cobar team has implemented a program at the hospital to partner with their patients to ensure safer discharges. The project has been short-listed for the District’s Living […]

The Cobar Hospital Auxiliary have recently donated two electric recliner chairs to the Cobar Hospital which are sure to make patients’ stays a lot more comfortable. The new chairs arrived last Thursday with patient Lorna Lawrie one of the first to test them out. Mrs Lawrie, who has an injured […]