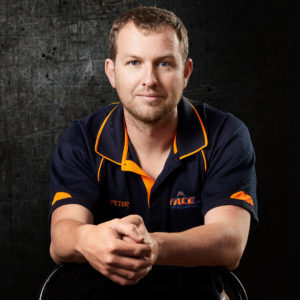 For the past year the Full Production podcast, hosted by former Cobar local Peter Finn, has given people in mining the chance to listen in on conversations shaping the industry.

Each week, Mr Finn talks to some of the top minds in mining about active operations and new projects, navigating a career in mining, news and innovations, as well as the unique challenges facing the industry.

“A year ago, when I was first starting out, my vision was to have guests on who could really speak to what was going on in the mining industry,” Mr Finn said.

“I wanted people to have access to those conversations that gave me a leg up when I was coming up in my career.

“I never expected that the podcast would bring together a whole community of people involved in the mining industry, it has taken on its own life.”

Mr Finn has more than 15 years’ experience working in the mining industry and is the owner of Face Contracting, a mining contracting outfit that specialises in delivering labour-hire and workforce management services for a variety of project scopes and sizes, all around Australia.

“For a long time, I thought about how I could spend my time and energy towards making the mining industry better, and I feel the podcast allows me to do that by providing a platform for people to connect,” he said.

Mr Finn has had a variety of characters on his show, including big names in the industry such as James Wood, Ashok Parekh, John Bowler, and Michael Worthington.

Local personalities such as Mayor Lilliane Brady, Barry Knight, Jade Buckman and Peter Payne have also featured on the podcast.

Now, more 70 episodes later, Full Production is launching a initiative to support charities aligned with the show’s values of supporting miners and making positive change within the mining industry.

Full Production is partnering with Miners’ Promise, an independent not-for-profit organisation that provides practical, emotional and financial support to Australian resources sector workers and their immediate families impacted by a crisis event or death.

They are also teaming up with the Mining Legends Project, a community-driven initiative which involves a complete rebuild on a R2900G Loader, with all parts and labour aimed to be pledged by donation.

The machine will then be sold off to a mining company and proceeds distributed to organisations and charities throughout the Goldfields and Australian Mining communities.

“Giving back is important to me and it’s something I want to incorporate into everything I do,” Mr Finn said.

“A lot of it comes down to people, you treat people like people, or how you’d like to be treated, and you’ll get more out of everything you do in life.

“You never know when you’re going to be the one in a tough situation, that’s why I’m keen to highlight organisations driving positive change in the mining industry.”

Emma Hoy and Caroline Wallace returned to Cobar on Friday to host a listening party at the Cobar Bowling & Golf Club as part of their Outback Outloud project. The pair, who are directors of Signal Creative, visited Cobar at the end of March along with Walgett, Brewarrina and Bourke […]