Cobar’s third annual Night to Remember Our Lost Miners service on Friday was once again well attended despite some wild weather which forced the event to be moved.

Raised dust, high winds. lightning and “a spot” of rain just before the service was due to start called for ‘Plan B’ and the service was moved indoors to the Services Club.

After a slight delay, the new venue was quickly set up with the help of the combined Mines Rescue Team who attended the event.

Organiser Barry Knight welcomed everyone to the evening which pays homage to more than 100 people who have lost their lives in mines in Cobar.

The Combined Schools Choir opened the evening by singing (and signing) the national anthem and Reverend Graham McLeod called on the audience to remember why they were there.

“How would all our lives have been different is some of those people who had died in mining tragedies were still here?” Reverend Graham asked.

He requested people to think about the influence those lost miners had had on their lives and the contributions that each of them had made to their families.

Guest speaker, mining consultant Brian Micke, who is currently working with Peel Mining at the Mallee Bull Project 120km south of Cobar, gave an account of the 124 years mining history of the Gilgunnia area.

Mr Micke said gold was discovered in 1895, and for some years there was a lot of activity in the area with a population of almost 500.

He spoke about the hardships they faced and relayed some of the stories surrounding the mining accidents in the area.

Mr Micke also gave a brief history of some of the families who lived in Gilgunnia and  said it was interesting to find that some of their descendants still work at the mine today.

Another guest speaker was John McIntyre, a former mining engineer at the CSA Mine, who said he was honoured to be invited to return to Cobar and speak at the event.

Mr McIntyre said it was great to come back to Cobar and catch up with former work mates and his rugby team mates.

He was just 20 when he came to Cobar and was initially employed as an underground serviceman at the CSA Mine.

Mr McIntyre said it had been rewarding working with “a really tough crew”.

He said he arrived in town a few days after a four man fatality at the mine and found the town to be “utterly devastated”.

“The overwhelming sadness and grief of the community was like nothing I’d ever experienced before,” he said.

Mr McIntyre also relayed the story of another mine accident that occurred in his time at the CSA Mine when the doctor at the time, Dr Allan Brady, went underground to tend to the injured miner. Continued on Page 4. 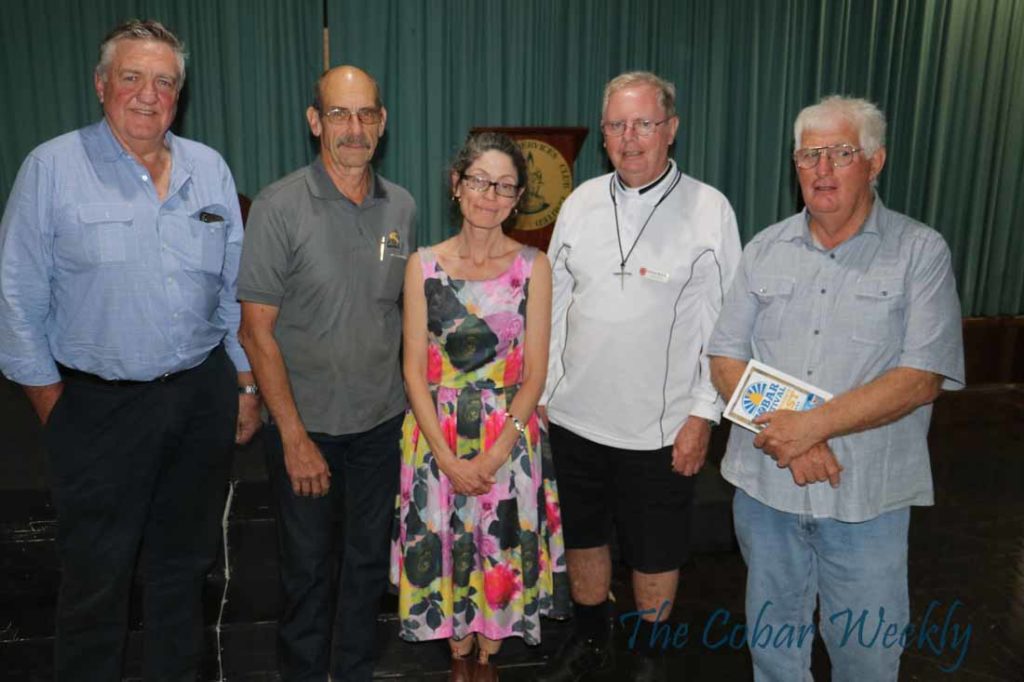 Clubs and pubs across Cobar have their bartenders labelling themselves as U.G.L.Y. for six weeks across October and November in support of the Leukaemia Foundation. Among the locals taking part are the bar staff from the Services Club and the Cobar Bowling & Golf Club who are each holding a […]

Services Club elects a new board at extraordinary meeting

The Regional Australia Bank handed out $46,364 to a large number of local community groups last Tuesday at the Services Club as part of their Community Partnerships program. The bank’s donation program is going from strength to strength each year, particularly in Cobar, with $4,000 more handed out this year […]