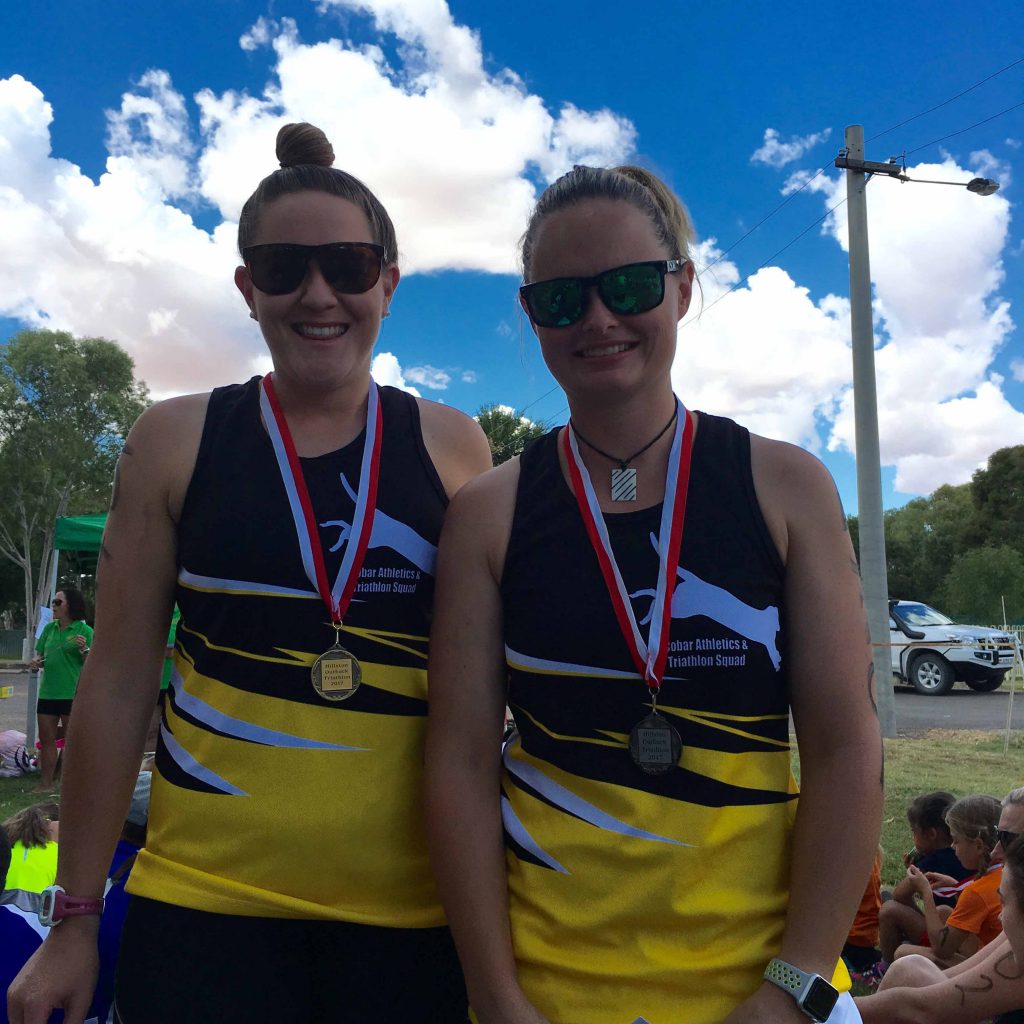 Bianka Jacobson was the first senior female to cross the line in the Mini Triathlon race at the 2017 Hillston Outback Triathlon on Sunday.

The event attracted more than 50 local athletes as well as others from Griffith, Leeton and Cobar.

Jacobson also won her age group (despite taking a fall during her bike and run transition) in 36 minutes 45 seconds. Harland was second in her age group with a time of 40.14.

The Cobar pair then joined with Amie Hill to tackle the Sprint Course (750m swim/20km cycle/5km run) in the teams event.

The trio placed fourth with Harland swimming, Jacobson did the bike leg and Hill completed the run.

It’s the third consecutive year the trio has competed at the annual event.

Start of another year of swearing

The men’s golf season is now under way or as some call it, the start of another year of hit and miss and swearing. A Stableford game was played for the Monthly Medal competition on Saturday with Alec Fraser finishing as the winner. In second place was Bill Fugar with […]