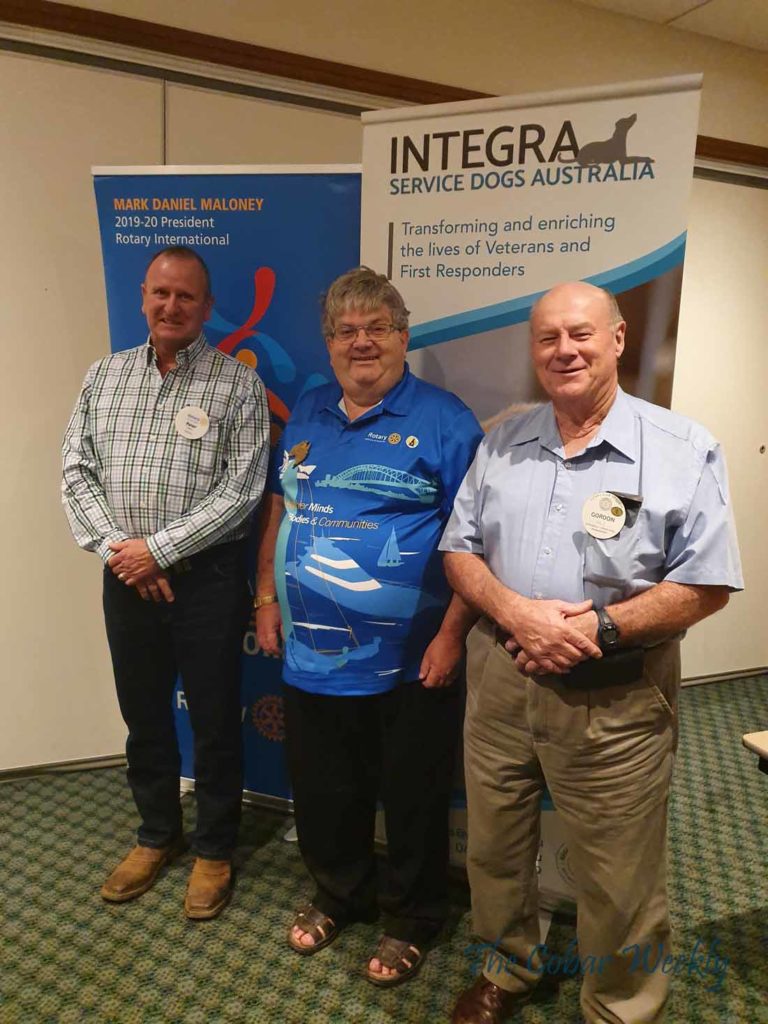 The Rotary District Governor of the 9670 district, which takes in a wide area including Cobar, was in Cobar recently to discuss the Cobar Club’s Drought Relief Program.

District Governor Graeme Hooper and his partner Sue met with members to find out first hand what the Rotary Club of Cobar had been doing to help local farmers.

Rotary Club of Cobar secretary Gordon Hill said the Mr Hopper was keen to hear what Cobar Rotary had been doing to support local farmers through the supply of fodder, grocery packs, bottled water and fuel and food vouchers.

“The visitors were taken out to Nymagee to look first hand at the effects of the drought on local properties and to meet local farmers and listen to their stories,” Mr Hill said.

Mr Hill said the official visit by the District Governor was also an opportunity to discuss the Cobar club’s Development Plan for 2019-20.

The Cobar club currently has 10 active members, however Mr Parton aims to grow club membership over the coming year which will ensure vital Rotary programs, such as the Drought Relief Program, will continue.

Mr Hill said Cobar Rotary will continue to assist farmers in the district with drought relief support and he praised the ongoing support the club has had from organisations such as the CWA, other Rotary Clubs and various charities across Australia.

He said any local farmers in need are encouraged to contact the Rotary Club of Cobar and they will do what they can to help.

Appeal to help give local farmers a fun night out

Local woman Sheena Geppert, who’s a farmer and knows first hand about the hardships of this drought, is working with the Cobar Mental Health Network to hold A Night for Our Farmers. Sheena was recently invited to go along to one of the Mental Health Network’s meetings by her friend, […]

Cobar Mobile Children’s Services (CMCS) will once again be able to offer their services to bush kids aged between four and 12 years old. A donation of $8,000 this week from the Country Women’s Association (CWA) Cobar branch to CMCS, who recently lost some of their funding, will mean they […]

Government fund to plug the leaks

Critical repairs and maintenance of the Albert Priest Channel to help improve water supply efficiency for Cobar and Nyngan is to be funded by the NSW Government. NSW Deputy Premier John Barilaro announced the funding when he visited Cobar last week. The $2million is being provided to Bogan Shire Council […]