In the absence of any current sporting news, we asked Cobar’s Mr Cricket, John Collins, to select ‘Cobar’s Greatest Cricket Team’ and give his reasons why.

Having played his first game of cricket with Nymagee in 1961 and then over the next 50 years with Nymagee, Bobadah, Rugby Union, Colts and Rugby Union in the Dubbo Whitney Cup, it can be said that John has seen a lot of great Cobar cricketers in that time.

“In the 1960s the ovals were dirt and we played on wickets made of coir matting,” John recalls.

“Each team batted for three hours each
and out-rights were a regular part of the
game.”

He said in the early days there were no restrictions on how many overs a bowler could bowl, so naturally the bowlers took more wickets each season than Cobar cricketers of the modern era.

“And because of the faster ovals, there were more runs scored.

“My proudest moments were captaining Nymagee to their first ever premiership in 1981 and doing the scoring when Cobar won the NSW Country Plate in 2006,” John said.

“The only way I could go about the selection was to pick the players I couldn’t leave out,” John said.

They were different batsmen and different personalities and I think would have batted well together. Peter put a huge price on his wicket and was very hard to dislodge. In six years in Cobar cricket he averaged over 70 with the bat.

Dick Houghton was much more laid-back, a gifted all-round sportsman. He scored a hundred in a grand final and 85 not out, batting through the innings in another. He liked a quiet beer after the game.

Craig ‘Porky’ Dillon (90s until recently) could destroy any attack and is Cobar’s second-highest scorer of runs, after Bruce Mitchell. He preferred hitting boundaries, not always easy against good bowling. Running between the wickets wasn’t his strong point – he would have probably been run out! Porky was the last batsman to score a double-hundred.

Bruce Mitchell (60s/70s/80s) with sheer weight of runs, over 11,000, including approximately 30 centuries and the highest score – 220. He could also bowl fast when he was younger and I never saw him drop a catch.

Stewart Fraser (current) is the best Cobar cricketer of the last 25 years, could bat anywhere, bowl and a brilliant slips fielder. Stewart performed at all levels.

Doug North (2000s) was technically the best batsman and had all the shots. I believe he would have got more runs if he gave himself a bit more time to settle in – he was a bit impatient.

John Russell (70s/80s) I couldn’t ignore the runs he scored. A powerful batsman who made bowlers pay and could go on to big scores.

Kel Samsom (early 2000s) only played in Cobar for few years, but he was such a reliable all-rounder. He seemed to play best in the rep games.

Greg Prince (60s/70s) was the best all-round sportsman I played with and against. He was a fierce competitor and would be my captain. After leaving Cobar he captained Rugby to a Whitney Cup Premiership in Dubbo.

Ernie Potter (60s/70s/80s) was a dynamic cricketer who could swing the ball and score hundreds, great all-rounder who took over 700 wickets in Cobar cricket.

Reg was a prolific wicket-taker in Cobar and when he left, he became the best bowler in the much larger centre of Port Macquarie.

Billy Collins always bowled well in the big games, and loved the challenge. He represented the Far West against the West Indies in Orange in 1981, the first (and so far only) Western cricketer to represent against a touring international side.

Glenn Spinks (70s/80s/90s) is my pick for 12th Man for his fighting attitude and brilliant fielding (when he was young anyway). He could have also captained the side, he knew how to get the best out of his players.

I don’t recall too many spinners who made a real impact in my time, so I didn’t pick one in this side.

However, if I did, I would pick my old leg-spinning mate Darby Warner (60s/70s/80s). He bowled genuine leg-breaks and had a ‘wrong-un’ Shane Warne would have been proud of. I think that in a strong team with a good captain and a good wicket-keeper standing over the stumps he would have been a real asset.

There are any number of players in this team that could have kept wickets: Luffman, Mitchell, Prince; but I believe Porky was the best – he had over 80 stumpings, twice as many as any other keeper.

Looking at the team, I can’t believe the players I had to leave out! I think I could just as easy have picked another team that would have challenged my first team.

Jim Russell and Robert Russell (70s/80s) were both devastating batsmen when in form and both could bowl fast.

John Potter Junior (60s/70s) was a great
all-rounder and Steve Potter (80s/90s) scored one of the most brilliant hundreds against Bourke.

Phil Harley (a current player), who has taken the most rep wickets could have been a contender as could Todd and Peter Prince (80s/ 90s). Both brothers were match-winning all-rounders, as were a number of other players of that era including Marc Stevens, Don Lovegrove and Leroy Prisk.

While I haven’t seen many of the modern-day players (as I don’t go and watch all the games like I used to) I would think Jake Harbison would fit either side.—Moose 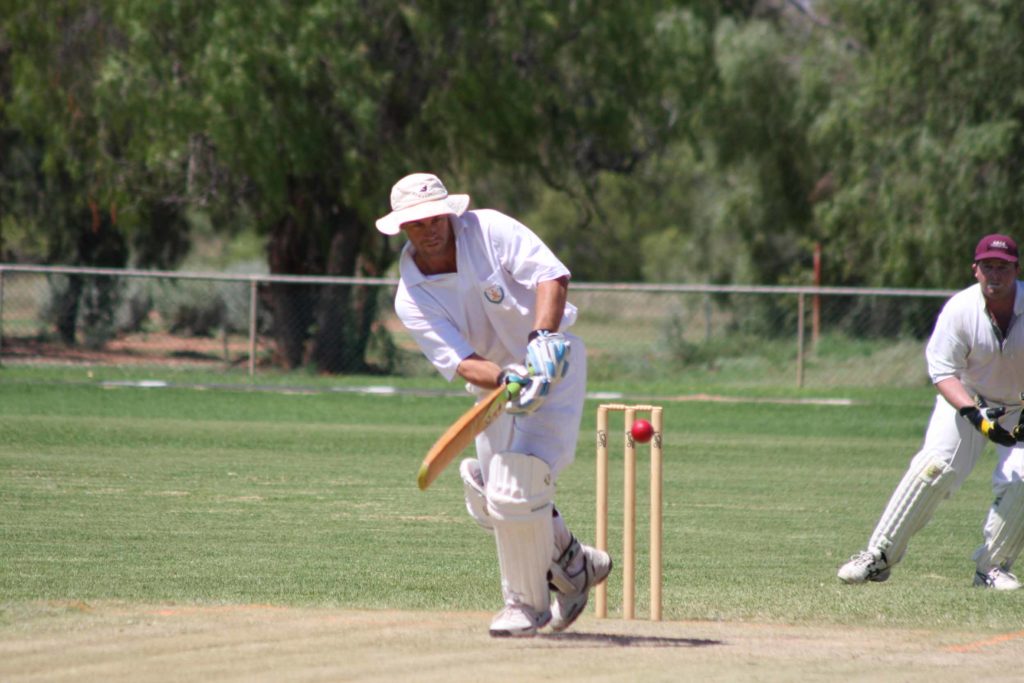