The was a good roll up of golfers for the  Club Charity Day three Person Ambrose event on Sunday which was part of the Festival of the Miner’s Ghost program.

The team of Phil Gilligan, Craig Singleton and Smedley Nicholson finished as the winners with Paul Kershaw, Sam Kershaw and Piers Brown in second place.

Back in third spot were John Potter, Narelle Green and Colin Green.

The Best Ladies team on the day was
Barb Barklimore, Brenda Fugar and Wan Sipatsa.

A Stableford game was played on Saturday for the Men’s Golf Monthly Medal competition.

This was the last Monthly Medal game of the year before the Medal of Medals play-off.

It was a hotly contested event with all four place getters on the same score and countbacks were needed to decide placings.

Greg Clark finished as the eventual winner with Colin ‘Butch’ Eves second, Garry Wilkin was third and back in 4th place was Phil Gilligan.

Nearest the Pin prizes went to Peter Lawrence on the 3rd hole and Garry Wilkin won the 7th.

This Saturday’s game is a Stableford and on Sunday a Four Ball Multiplier will be contested.—This article has been compiled with information supplied by The Hooker. 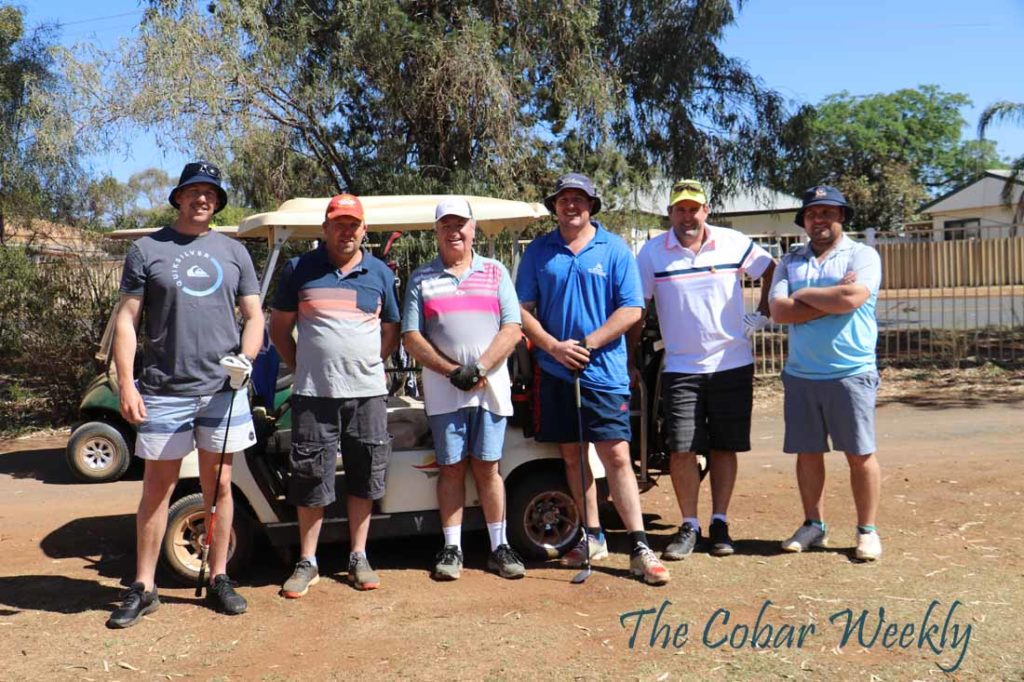 Two semi final games of the Golfie’s bowls Fours Championships were played on Sunday at the club. Through to the next round is the team of Daniel Holt, Ian Prendergast, Don Roberts and Kyle Roberts after they beat Dick Roberts, Alec Fraser, Phil Gilligan and Phil Billman 24-10. Greg Read’s […]

Fryer not fazed by foul weather and romps to a win

The Ladies Golf Cobar Bowling & Golf Club sponsored Stableford event on Sunday only attracted a field of nine hardy players in the heat, dust and windy conditions that never let up all day.  The bad weather however didn’t seem to faze Angela Fryer who romped home to win with […]

The RSL Outlaws held the Empire Pirates to ransom last Wednesday night claiming a 6-2 win in the A Grade darts grand final game. The A Grade and B Grade grand final games were both played at the Cobar Bowling & Golf Club last week, and with teams finalists in […]