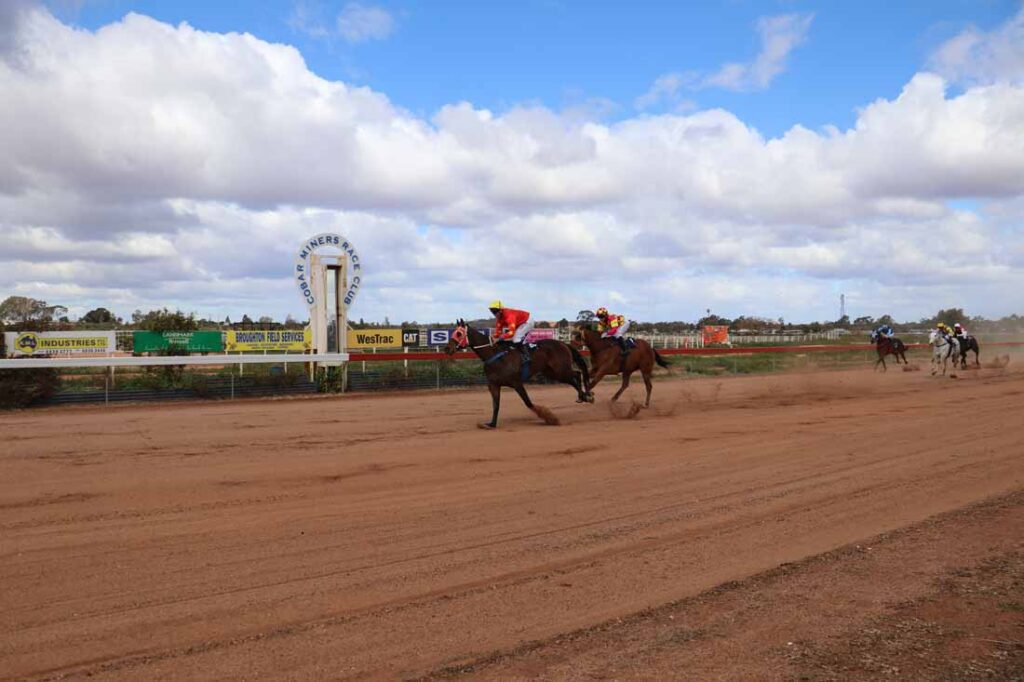 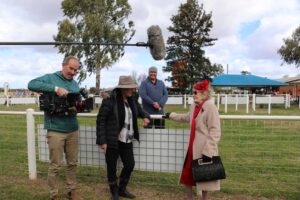 Narromine-based jockey Ricky Blewitt rode a winning treble at the Cobar Picnic Races on Saturday, the first of which was on Rebecca’s Quest finishing 1.5 lengths ahead of Scarpa in Race 2, the 1,000 metres Cynend Building & Construction Class B Handicap. It was the Cobar Miners Race Club’s
second race meeting this year since COVID-19 restrictions were introduced and their first event where they were
permitted to host a limited crowd. ABC Television’s Back Roads host Heather Ewart and her crew were also at the race meeting to interview Mayor Lilliane Brady, who is a horse racing enthusiast, and to get some extra footage for their
feature on life in Cobar. Despite the bitterly cold weather, good crowds were also recorded on Saturday at the local
rugby league and  rugby union games.

The Cobar Miners Race Club committee continues to be in good hands with the current executive committee re-elected at Sunday’s annual general meeting. Returning president Jarrod Marsden heads up the unchanged committee with Vince Sikora staying on as vice president and Kym Miller and Natalie Prisk will continue to share […]

Marsden returned to lead the race club for another season

Jarrod Marsden was re-elected as the president of the Cobar Miners Race Club committee at the group’s annual general meeting on Sunday. In his president’s report to the meeting, Marsden praised the hard work of his committee over the past year saying it was their efforts that helped the Cobar […]

The Cobar Miners Race Club annual Autumn racing event took place on Saturday at the Dalton Park Horse Sports Complex minus the usual large crowd of spectators. Due to the government’s COVID-19 crowd restrictions, spectators were banned from attending the race meeting however the committee was still keen to see […]