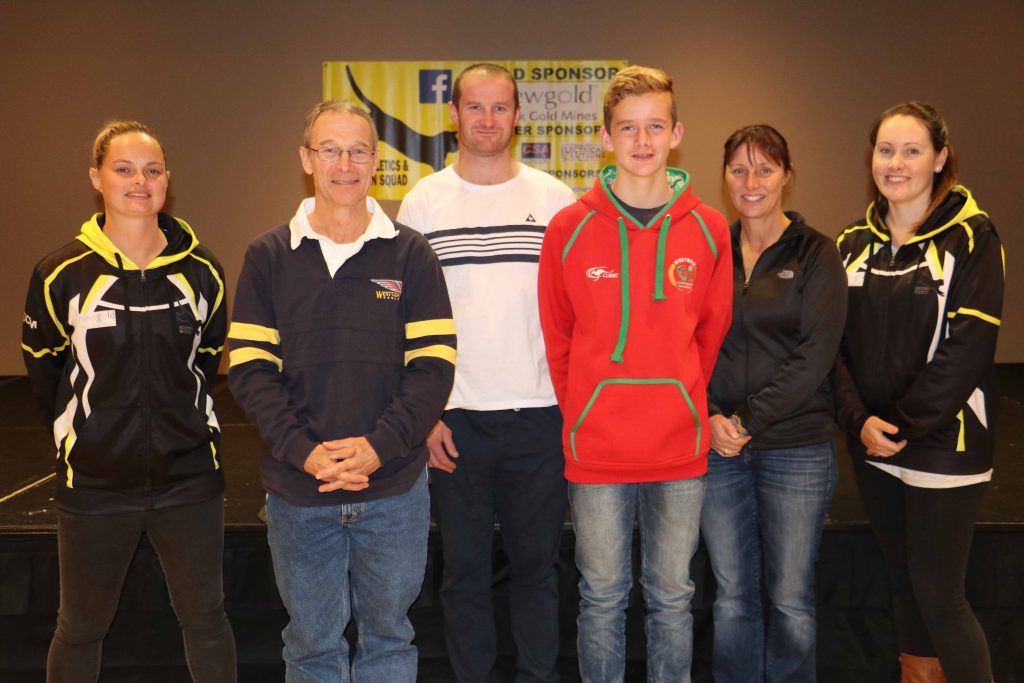 The Cobar Athletics & Triathlon Squad (CATS) club held their end of season presentations on Sunday night at the Cobar Bowling & Golf Club with Chris Powell and Tammy Watson named the club’s Triathletes of the Year.

Raymond Jones was named the Junior Triathlete of the Year with Chad Buckman the runner-up.

Jones also collected the club’s Most Improved award after he shaved off more than 15 minutes in total from his previous best short course time.

Club president Zoë Harland said the 2016/2017 season had been the club’s most successful to date with 70 athletes, 51 seniors and 19 juniors, registering this season.

She said it was pleasing to see a number of new course records set and re-set over the season and hoped it would continue next season.

The Cobar Athletics & Triathlon Squad (CATS) club’s celebrated the end of their 2017/2018 season on Friday night at the Golfie. It was a quiet night with a number of the award winners out of town due to the school holidays, including Scott Brown, who was the Male Triathlete of […]

CATS rack up the records at triathlon

The Cobar Triathlon & Athletics Squad (CATS) kicked off the new year in a big way with record times and record attendance at their triathlon event on January 13. With 20 competitors (three teams and 11 individuals), it was the biggest field for the club this season which also included […]

CATS’ triathletes out early so they could beat the heat

A number of sporting events went ahead over the weekend despite the predicted heat with the Cobar Athletics & Triathlon Squad’s (CATS) event on Sunday pretty much done and dusted before the mercury rose too high. A number of athletes also took the option of completing the short course rather […]