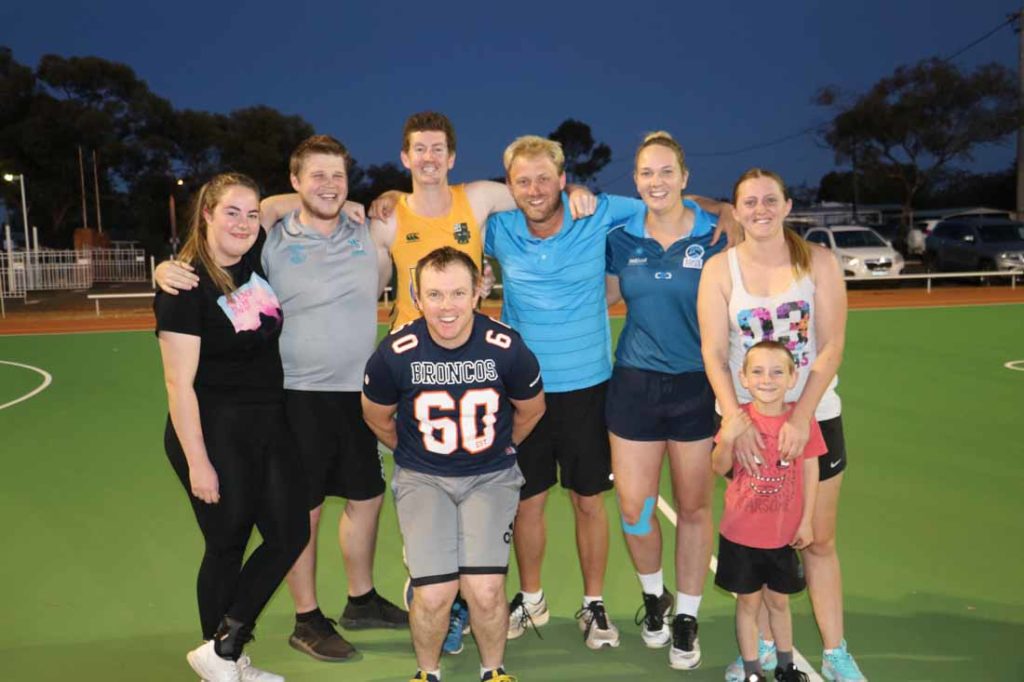 Benchwarmers finished as 39-26 winners over All Class in their Round 4 Fast5 Mixed Netball game played at the Ward Oval netball courts on Friday night.

Benchwarmers started confidently and, after using their Power Play option in the opening quarter to double their points, they had a 14-6 lead over All Class at the end of the first break.

All Class opted to use their Power Play card in the final quarter, and while they did outpoint Benchwarmers 14-10 in that phase of play, Benchwarmers had already inflicted plenty of damage earlier in the match.

Benchwarmers won the second quarter 9-2 and also outplayed All Class 6-4 in the third quarter which helped them to their eventual 39-26 win.

In the other early game, Mambo No 5 was too good for Ravens finishing with a comprehensive 38-16 win.

The match started off on an even footing with Mambo No 5 just marginally ahead 6-4 at the end of the first break.

Ravens could only manage to net a solidary goal in the quarter which only added two points to their cumulative total.

Mambo No 5 had however added a further 10 points to their total and with a Power Play boost of 16 points in the third quarter, they well and truly had the game in hand with a 32-11 lead.

In the late games, I Dunno’s first quarter lead of 14-1 set them up for an eventual easy
35-14 win over Rusty Diamonds; while Norfolk and Chance continued their unbeaten run this season with a relatively easy 37-15 win over the Ball Steelers.

Netballers not “here if you need”

New netball courts to be ready for 2019 season

Cobar netballers can expect to be playing on brand new courts at Ward Oval next  season thanks to a $175,000 State Government grant. State Member for Barwon Kevin Humphries was in Cobar on Monday to hand over the grant to the Cobar Netball Association (CNA). CNA president Haylee Prince said […]

A decade of giving back to community

Over 40 local community and sporting groups shared more than $44,000 of the Regional Australia Bank’s million dollar Community Partnership Program. A total of $44,122.65 was divided among 41 worthwhile organisations, including the Cobar Preschool, Cobar Junior Rugby League, Cobar Netball Association, Cobar Athletics and Triathlon Squad (CATS), and the […]