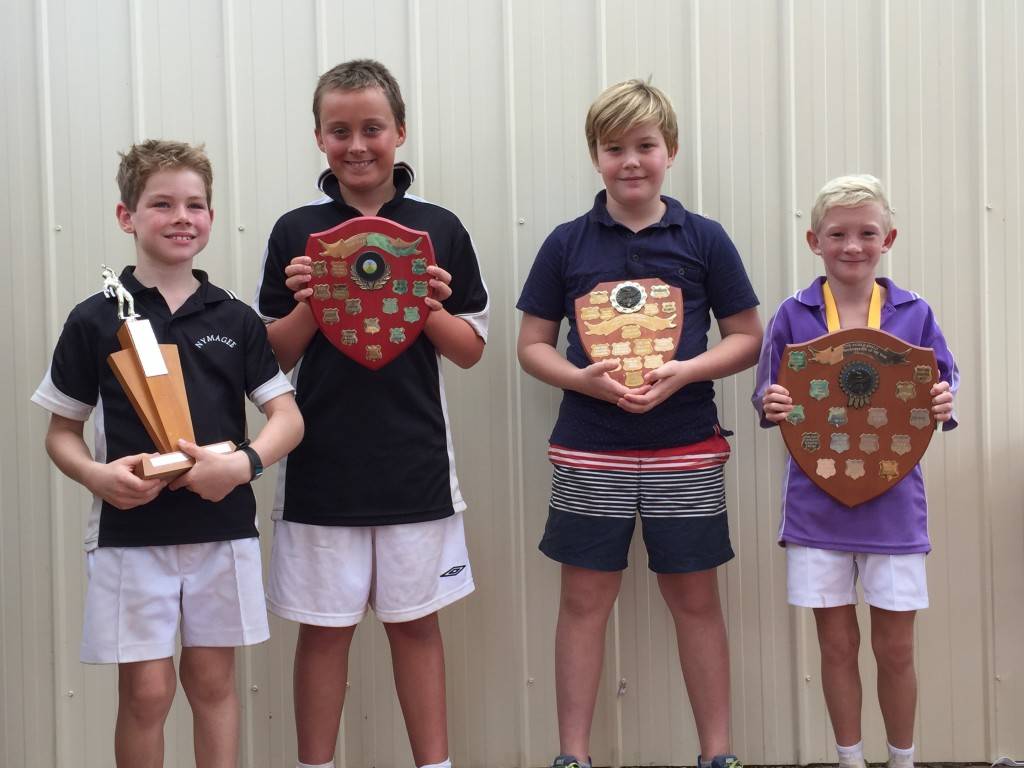 The Kanga Cricket grand final was held on Saturday with Kerrigundi and Golf Club vying for the bragging rights for the 2015/16 season.

In the second game of the weekend third and fourth spot was contested by Nymagee and Colts in a very exciting and tight match with Colts winning by one run.

Golf Club came off best in the grand final taking a total of 111 runs to Kerrigundi’s 92.

Kerrigundi batted first with Will Lynch top scoring with 24 and Ryan Urquhart with 23 runs.

Zac Broughton (for Golf Club) took one wicket for 8 while Axel Fairfull took 1/10.

Golf Club came into the second innings with Malcom Gillette top scoring with 21 runs and Tim Eves with 20.

Ryan Urquhart for Kerrigundi was the side’s best bowler with 2/8.

Presentations took place after the games with a number of trophies and shields presented to the players.

Noah Lynch was awarded the William Fugar shield for the team player of the year, while the Glenn Spinks shield for dedication to cricket went to Clancy Harvey.

Tommy Bryan picked up the Payne family shield for the cricket sportsperson of the year and the J Judd and D Obray trophy for the Most Improved player was awarded to Jack Brettell.

Tim Brettell was awarded the Tony Chalker shield for services to cricket.—contributed

The local Twenty20 senior cricket compe-tition has resumed with Bushies and Tooth-less picking up wins in close encounters in their matches over the weekend. Friday and Saturday nights’ games were played on the same pitch at Ward Oval which was very lively after the storm on Thursday night and, with […]

Nymagee’s Jade Buckman (168 not out) and Empire’s Jake Harbison (166 no) scored massive tonnes in an incredible day of cricket on Saturday at Nymagee. Nymagee successfully chased Empire’s 317 runs total for victory with one over to spare in the local 40 Over cricket competition. Both teams were missing […]

The Cobar Netball Association (CNA) fraternity came together on Saturday night at the Cobar Bowling & Golf Club to celebrate the end of another successful season. Co-president Lisa Travis said the season has been the committee’s most successful to date. “We had record numbers this season with over 150 players, […]