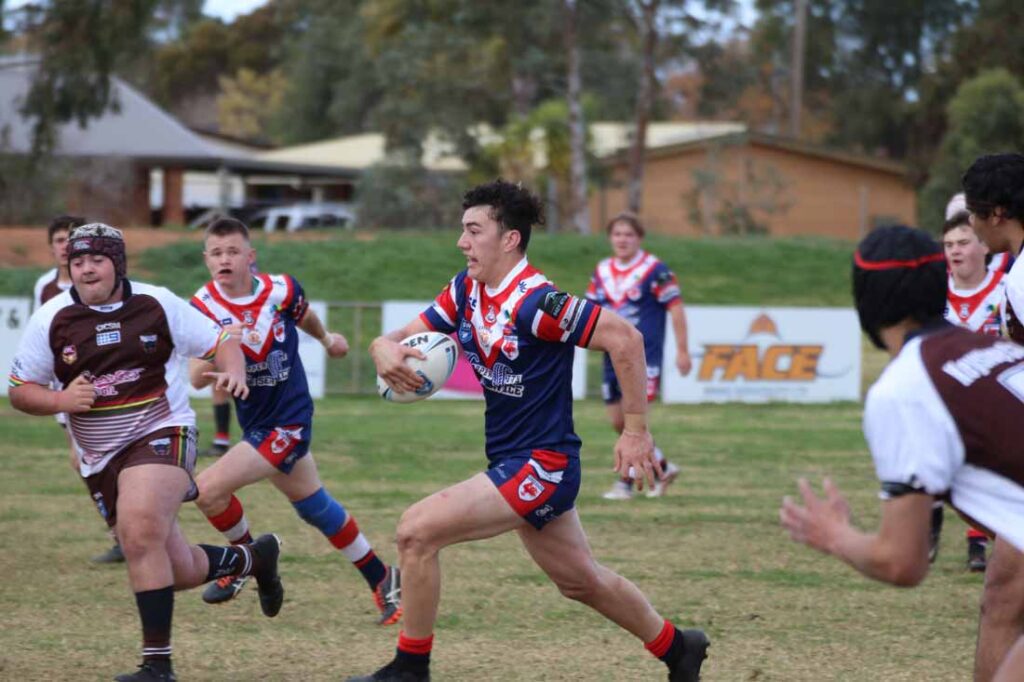 The Cobar Roosters Under 18s recorded a 48-10 drubbing of the Gilgandra Panthers in Round 6 of the Castlereagh Youth League competition on Saturday at Tom Knight Memorial Oval.

The big win more than made amends for the young Roosters narrow 16-12 loss when the two sides last met in Round 1 at Gilgandra and puts Cobar in third spot on the competition ladder above Gilgandra.

After leading 18-10 at half time, the Cobar juniors finished strongly to record an emphatic 38 points win in front of a big home crowd.

Ash Davies, with three tries, led the scoring for Cobar with Seb Best and Zane Taylor each running in two and Jacob Christie also touched down for the Roosters.

Lachlan Ford landed eight goals to help the Roosters to their big win.

The 18s have a bye this week and next week take on second placed Binnaway.

Roosters were outplayed by the top of the table team

The Cobar Roosters Under 18s game against the Coonabarabran Unicorns on Saturday at Tom Knight Memorial Oval was a tough, physical game which was unfortunately marred by a lot of pushing and shoving after the final hooter. Referee Ben Trudgett however did a great job of bringing both sides back […]

The Cobar Roosters Under 18s created history when they claimed victory in the 2017 Barwon Darling Cup grand final on Sunday at Brewarrina. Not only did the Cobar team pull off a thrilling come from behind 24-22 win against Collarenebri in their first year playing in the Barwon Darling Cup […]

For the second week in a row the Cobar Under 18’s made the long haul to Gulgong on Saturday to take on the Gulgong Terriers in the Preliminary Final of the Castlereagh Youth League competition. The Roosters had beaten the Terriers twice in the home and away season by two […]