Pictured are the handicap winners of the Cobar Athletics & Triathlon Squad’s
October Triathlon event contested on Sunday morning. Axel Fairfull was second
after he knocked five minutes off his previous best time; finishing in first place was the team of Bianka Jacobson and Amie Hill (with Amie’s children Lenny and Mase whom she dinked on her bike and pushed in the pram on the run leg) who finished six minutes quicker than their nominated time and; third place was the team of Nicole and
Anthony Wrigley who finished four minutes outside their nominated time. Axel and Zac Broughton both finished with PBs with big improvements from last season. 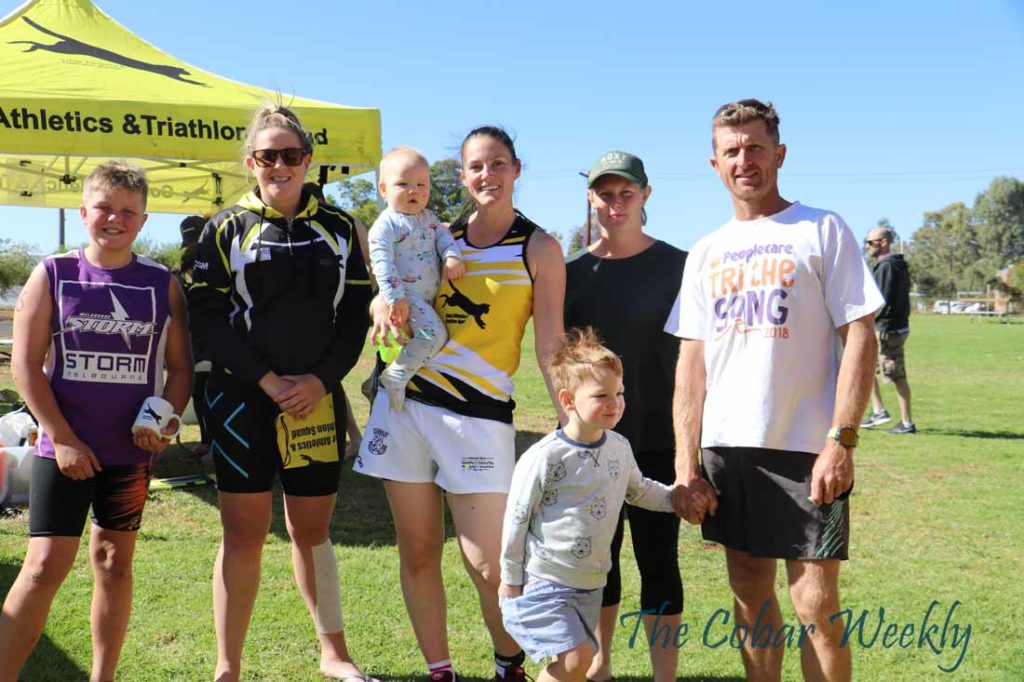 A fantastic turn out of 25 Yabbies helped the Cobar Senior Men’s Swimming Club to retain the Setts Cup on Sunday when they came up against the Nyngan Splashers club in the now annual swimming event. Held to honour the memory of former Cobar Yabbies club president, Ian Settree, this […]

The prestigious Kerrigundi sporting achievement award, presented each year on Australia Day, was won this year by 17 year old Hannah Carrol. The award, which recognises achievement by a local athlete at a state, national or international level, was presented to Hannah in recognition of her achievements in netball […]