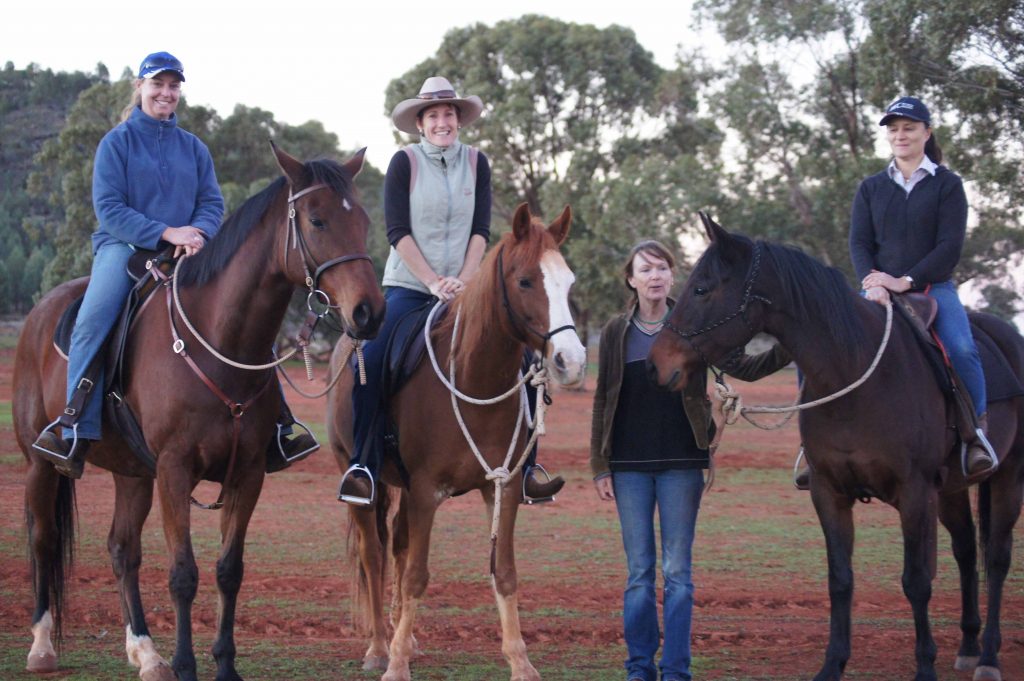 Horsewoman Jillian Prince is keen to hear from locals who are interested in forming a Horsemanship Club.

“I can see there’s a gap in what people can do, or groups that you can be involved in the far west if you have an interest in horses,” Jillian told The Cobar Weekly.

“I thought it would be good to get a forum going, somewhere where people can learn about horsemanship, gain new skills and compete together.”

Jillian believes there are a number of women, and also men, out here who would be keen to get back into riding horses, however there isn’t anything to entice them.

“Maybe they’ve taken a break to concentrate on their kids, their jobs or whatever and would like to start riding again in a fun, safe, environment where they can learn, compete, make friends and enjoy their horses.

“There isn’t anything currently out here like that for people in Cobar and the far west,” she said.

Jillian envisages the group would have a social focus, and offer the opportunity to meet other like-minded people.

“We will also travel to other areas and test our skills out against fellow students,” she said.

“There’s a lot for kids to do with horses, but no so much adults. But that’s not saying kids can’t join in too, anyone can come along.”

Jillian is a qualified Quantum Savvy coach and instructor and uses the world wide education program to teach horsemanship.

Quantum Savvy uses Release Focus Training (RFT) which is training mainly for the person (a little for the horse),  teaching them how and when to offer release and as the name says and focusing on giving the horse release rather than the traditional pressure or discomfort training. RFT builds rapport, motivation and connection with horses.

The local horsemanship club would be affiliated with Quantum Savvy and there would be no charge for membership to the club however Jillian said people will need to be studying the Quantum Savvy program in order to be members.

(Their Quantum Savvy membership will cover the group for insurance purposes.)

“We will get together each month and have a theme to work on and practice together. ‘There are also opportunities for clinics and visiting horse trainers to come and work with us,” Jillian said.

“We can help each other out with encouragement and support.

“I have met the most lovely, amazing people from all across Australia and the world involved with Quantum Savvy.

There are some talented horsemen and women out there, too many of them keep their secrets to themselves. We like to share our knowledge and have fun while were doing it.”

Jillian plans to launch the club on Saturday in conjunction with a horsemanship demonstration, open forum discussion and barbecue.

Good work and practices of Cobar Hospital in the spotlight

The good work and practices of the staff at Cobar Hospital were put in the spotlight recently when the hospital’s health services manager, Mary Urquhart recently addressed a major health conference. Mrs Urquhart was invited to speak at the  ‘Studer Group Australasia – What’s Right in Health Care Conference’ in […]

After what looked like it was going to be a close, tough game, the Cobar Roosters ran away to easily beat Collarenebri 66-12 in Saturday’s Barwon Darling Cup First Grade rugby league game on Saturday. Played in front of a vocal crowd at Tom Knight Memorial Oval, the game started […]