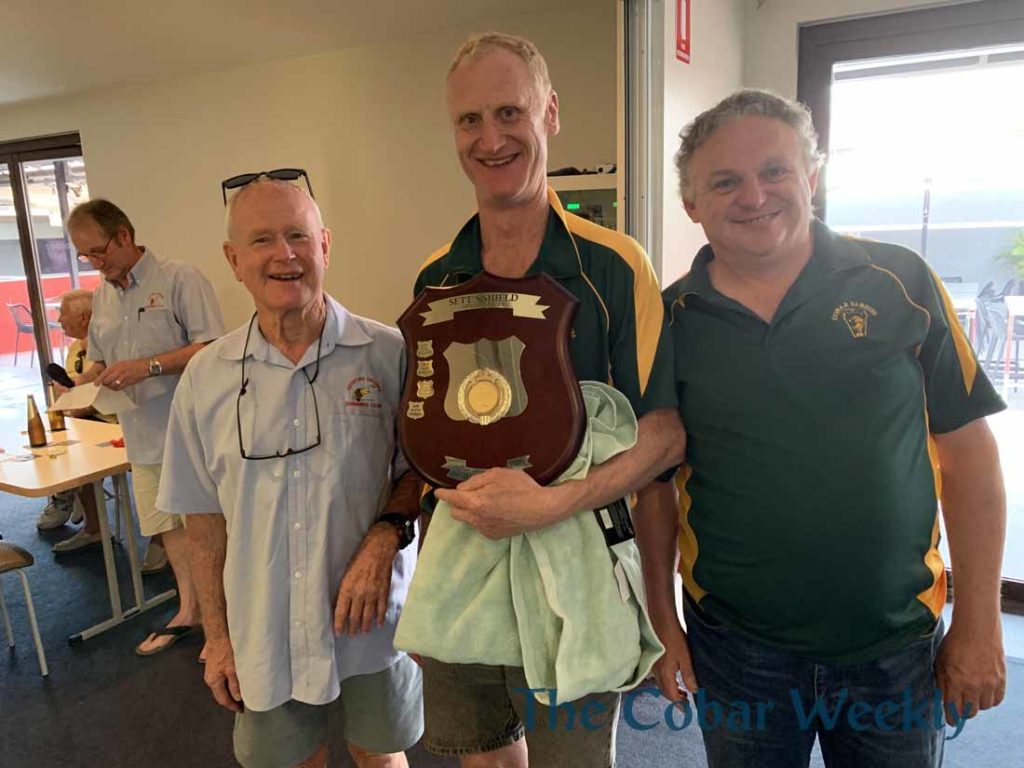 The Cobar Yabbies Senior Men’s Swimming team returned home from the 2019 Five Ways Swim on Sunday at Gosford with a couple of good wins under their belts.

They won the 10 Man Relay after finishing within 0.41 seconds of their nominated time and Cameron Van Breugel was first in the 50m Scratch Freestyle swim.

Both managed to clock 0.03 seconds off their nominated time to take line honours with Shane Josephson on 0.12 finishing back in third place.

Paul Swainston carried his good form over from last season to this season to finish with a win in the 50m event with 0.06 seconds off his nominated time.

Jason Toomey was well ahead of the field in the 100m swim when he finished within 0.07 seconds of his time.

The Yabbies just keep on swimming

recession during the school holidays, the Cobar Yabbies Senior Men’s Swimming Club members have continued to meet each Tuesday night at the pool. Club president, John Carswell is in sensational good form having won two ham prizes in the lead up to Christmas. Last week Carswell was unbeatable in the […]

Many years in the making

Two more rural Cobar women have joined the NSW Government Department of Primary Industries Hidden Treasures Honour Roll. Well known Canbelego area grazier Sheena Geppert and journalist Bessie Thomas from near Emmdale, were named on the 2019 Hidden Treasures list for the contributions they have made to the rural community. […]