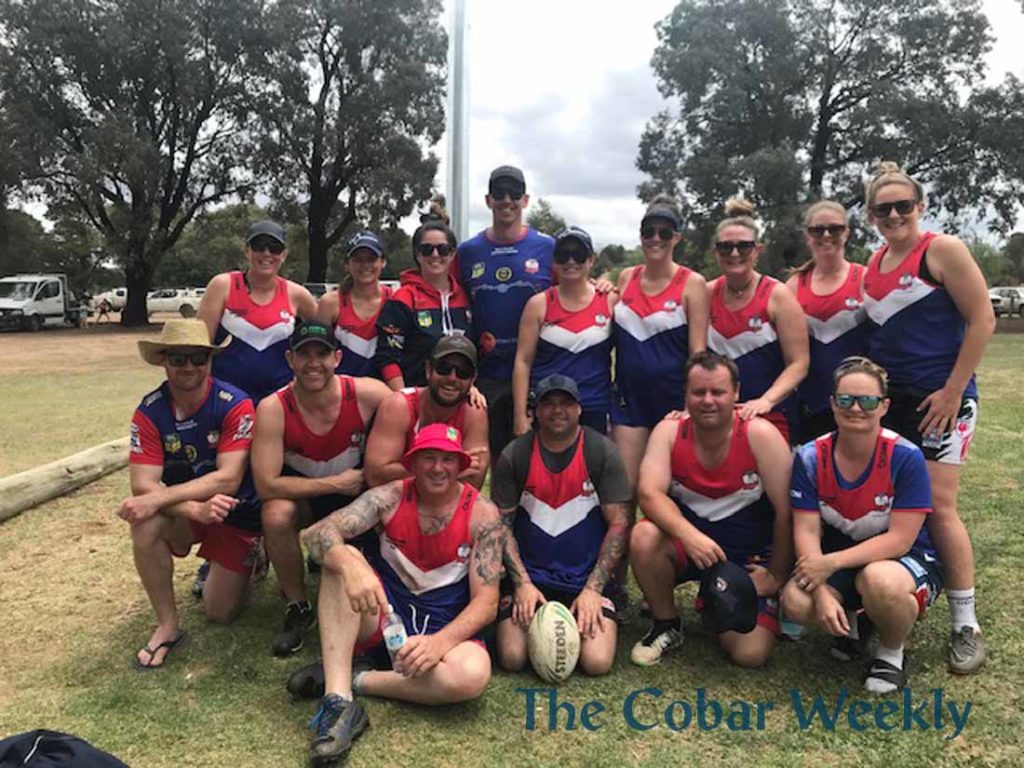 The COHOE Roosters won the Mixed Division title at the Coolah Veterans Touch
Carnival on the weekend. Winning four of their six games over the two days of
competition, they progressed to the grand final on Sunday where they beat the Coolah Golden Oldies, 6-2. Jenna Fullagar scored a double and Nikki Davey, Aaron Davey, Jake Francisco and James Neyland all scored great tries to help them to their grand final win. The players all report it was a fantastic weekend of competitive touch
football that was played in good spirits. The COHOE Roosters team was made up of both Cobar and Ivanhoe representatives who have vowed they will be back to defend their title in 2020. ▪ Photo contributed

The Cobar Roosters started well in their Barwon Darling rugby league major semi final match against Walgett on Saturday and looked set to follow their female counterparts, the Roosterettes, and claim a grand final spot. The Walgett Dragons however had other ideas and a second half surge which saw them […]

Cobar’s Laura Ah-See has played a starring role in a Country Rugby League (CRL) short video that aims to tackle Domestic Violence (DV). Laura appears in one of the 10 Tackling Violence Program short films that are being delivered to CRL clubs across the state as part of an education […]

Young chicks get a run with Roosterettes in trial match

The Cobar Roosterettes Ladies League Tag new-look squad displayed plenty of skills in their trial match against Nyngan on Saturday at Tom Knight Memorial Oval. Co-Coaches Bianka Jacobson and Jay Egan were impressed with the first hit out of the mostly new team which was narrowly beaten 12-8 by the […]