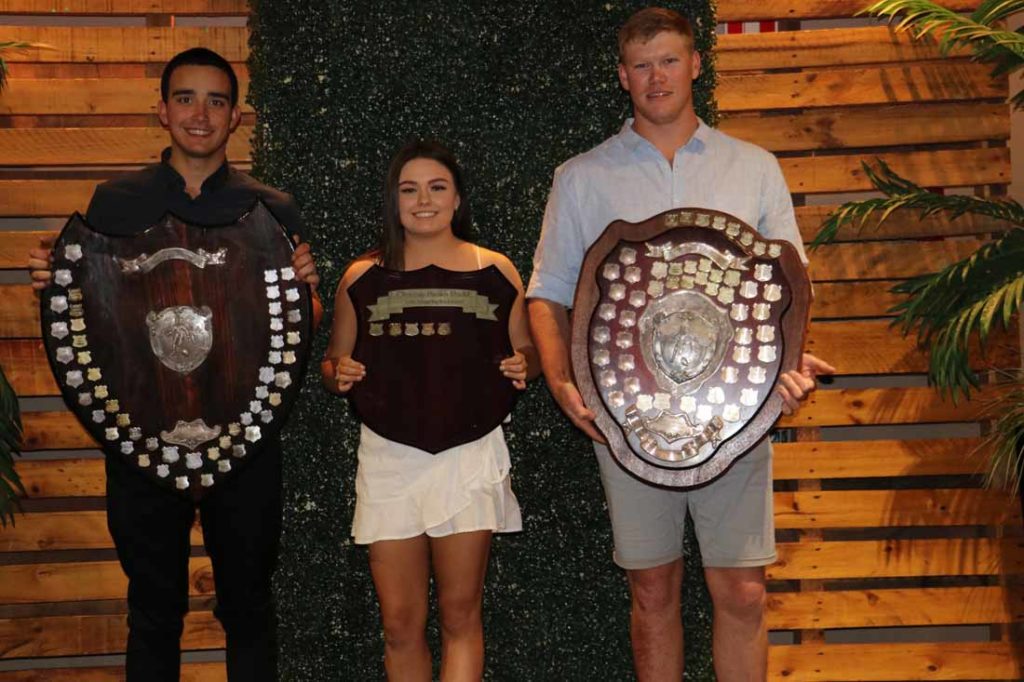 The Cobar Rugby League Football Club celebrated a season of mixed fortunes on Saturday night with their end of season presentations at the Cobar Bowling & Golf Club.

While the club once again celebrated the  Under 18s side’s win of the 2019 Castlereagh Youth League competition, their First Grade and League Tag teams were left to lament on a season that could have been better.

Under 18s coaches Dean ‘Bogga’ McLeod and Darrel ‘Dasha’ Warren praised their side on their competition win and said the team will only get better next season.

First Grade coach Jimmy Neyland said he was disappointed the team had made a slow start to this year’s competition and, coupled with a number of injuries, it had ultimately prevented them from dominating the Castlereagh competition as he had hoped.

Neyland said they are however “a very talented group” who can make a better showing in next year’s competition.

Ladies League Tag coach Bianka Jacobson said it had been an honour and a privilege to coach the Roosterettes this season and she had been pleased with the efforts of her side, in particular their strong finish of the season.

The Best and Fairest players this season in each grade were: Under 18s—Johnny Best; League Tag—Brianna Watson; and First Grade—Jed Noonan while the Eric Martin Memorial Club Best and Fairest Shield went to Ash Davies.

Lady golfers were seen soaking up the sun last week on the course with numbers increasing due to some of the COVID-19 restrictions being relaxed. Groups of four can play together now although the one player per cart rule still stands. Sally Bannister was the Stroke competition winner on Wednesday […]

The Cobar Roosters improved their stand-ings on the Christie & Hood Castlereagh Rugby League competition ladder on Satur-day with a confident 36-17 win over Gil-gandra. Cobar’s victory over the visiting Panthers in Round 8 of the Castlereagh competition at Tom Knight Memorial Oval on Saturday night puts the Roosters in […]