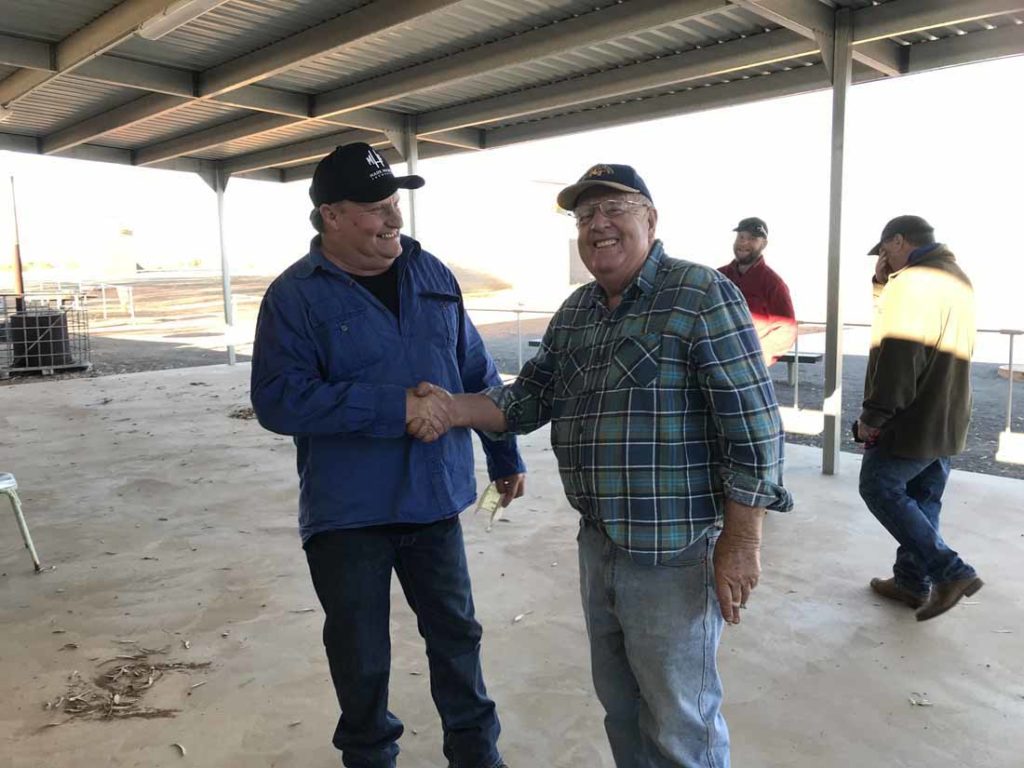 The Cobar Clay Target Club’s monthly shoot on Sunday was attended by 12 shooters, with everyone enjoying a relaxing day, after the club’s major event in August.

The shooters participated in a four event program in sunny and very windy conditions still with some possibles (perfect scores) being recorded.

In A Grade Peter Hosie and Richard Fryer both finished with 19/20 and Jarrod Barraclough also had 19/20 to win B Grade.

In the 25 Target Single Barrel shoot Morris once again was hard to beat and won AA Grade with 21/21.

Garry Jones and Blake Dunne tied for the win in A Grade with both finishing with 21/25.

Brad Kendrick with 19/25 won B Grade with Garry Josephson scoring 20/25 to take out the C Grade win.

Hosie was the winner of the Handicap event after finishing with 29/33.

The final event of the day was a 20 Target Continental shot.

All competitors showed great skill and class and are looking to be in great form for the Brewarrina shoot in a few weeks’ time.

Perfect weather attracted 30 competitors for the Cobar Clay Target Club’s Christmas Novelty Shoot on Sunday. Some had travelled from Bourke, Brewarrina and Tamworth to join the locals to vie for the renowned excellent ham and gift basket prizes, the challenge of unusual events, and to experience the club’s hospitality. […]

Bright, sunny and hot conditions attracted 33 competitors for this year’s Cobar Clay Target Club Christmas Novelty shoot. Shooters travelled from Bourke, Warren and Tamworth to join locals to vie for the renowned excellent meat tray trophies, the challenge of unusual events, and to experience the club’s hospitality. The first […]

The Hillston combined Golf Open was held on Sunday with a group of 12 Cobar lady and eight men golfers making the trip. It was another brilliant win for Narelle Kriz who shot 78 off the stick and she was also the A Grade Longest Drive winner. Angela Fryer was […]