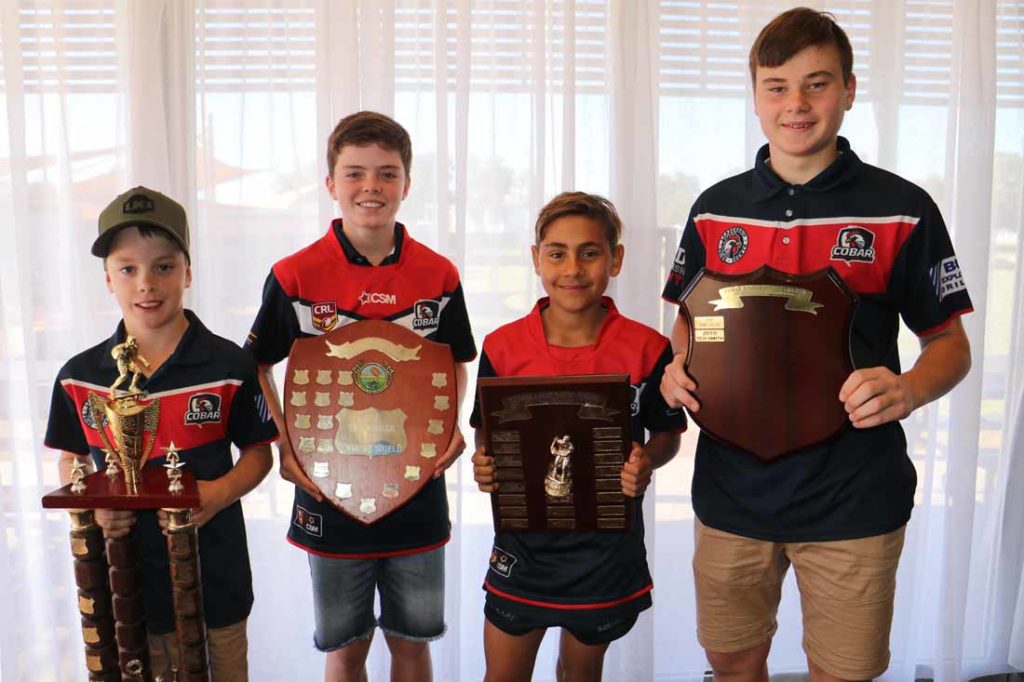 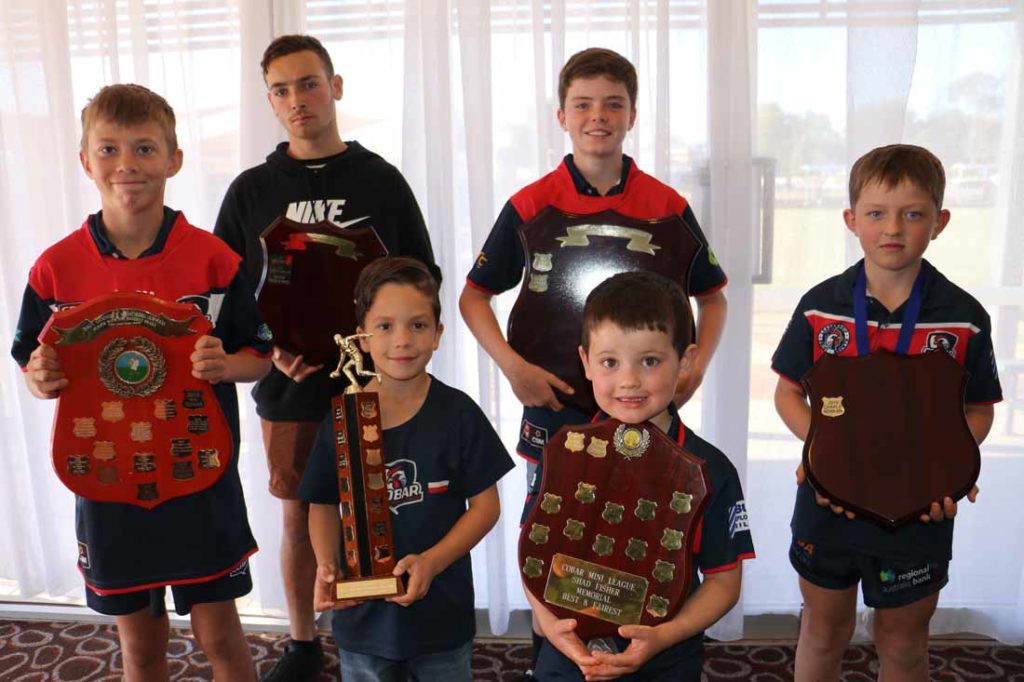 In addition to having five teams competing in the Dubbo & District Junior Rugby League competition (and all the travelling that involves) and running an Under 6s and Under 8s home competition, the committee has this year held working bees to improve the club’s facilities, hosted a visit from NRL player Preston Campbell, competed in knock out competitions, took a group of players to meet the NRL Sydney Roosters players and coaches and catered for a number of events.

“We had three teams through to the semis, which is a first for us for many years,” Mrs Knight said.

She said she was proud to see the club grow from just 35 kids registered in 2013 to now being able to field five teams in the Dubbo competition.

In addition to praising the junior players on their performances this season, including a Tier 2 grand final win by the Under 11s, Mrs Knight also congratulated the Cobar Roosters Under 18s team (many of whom started playing in Cobar Junior Rugby League) on their Castlereagh Youth League grand final win.

“Cobar Rugby League is definitely on the up again!” she said.

Under 12s Reece Josephson was the top try scorer for the season with a haul of  28.

Nate Martin from the Under 10s was not far behind scoring a tally of 20 tries for the season.

Under 11s Hayden Seng was the highest try scorer (with 9) for his age group.

Reynold Mugugia top scored with eight tries in the Under 14s and Ben Griffith recorded seven tries in his 15/16s age group.

Best and Fairest awards in each grade were presented to: Mini’s—Alfie Toomey; Under 8s—Lucas Townsend, Under 10s—Rowdy Barton, Jacob Chandler and Nate Martin (three-way tie); Under 11s—Jhett Walsh; Under 12s—Reece Josephson; Under 14s—Jayden Paul; and 15/16s—Ted Smith.

The Cobar Roosters started well in their Barwon Darling rugby league major semi final match against Walgett on Saturday and looked set to follow their female counterparts, the Roosterettes, and claim a grand final spot. The Walgett Dragons however had other ideas and a second half surge which saw them […]

The Cobar and Newtown Barwon Darling Rugby League First Grade teams had Tom Knight Memorial Oval all to themselves on Saturday after the scheduled Under 18s and League Tag matches were forfeited. Earlier in the week the Cobar Under 18s received notification from Brewarrina that their match wasn’t going to […]