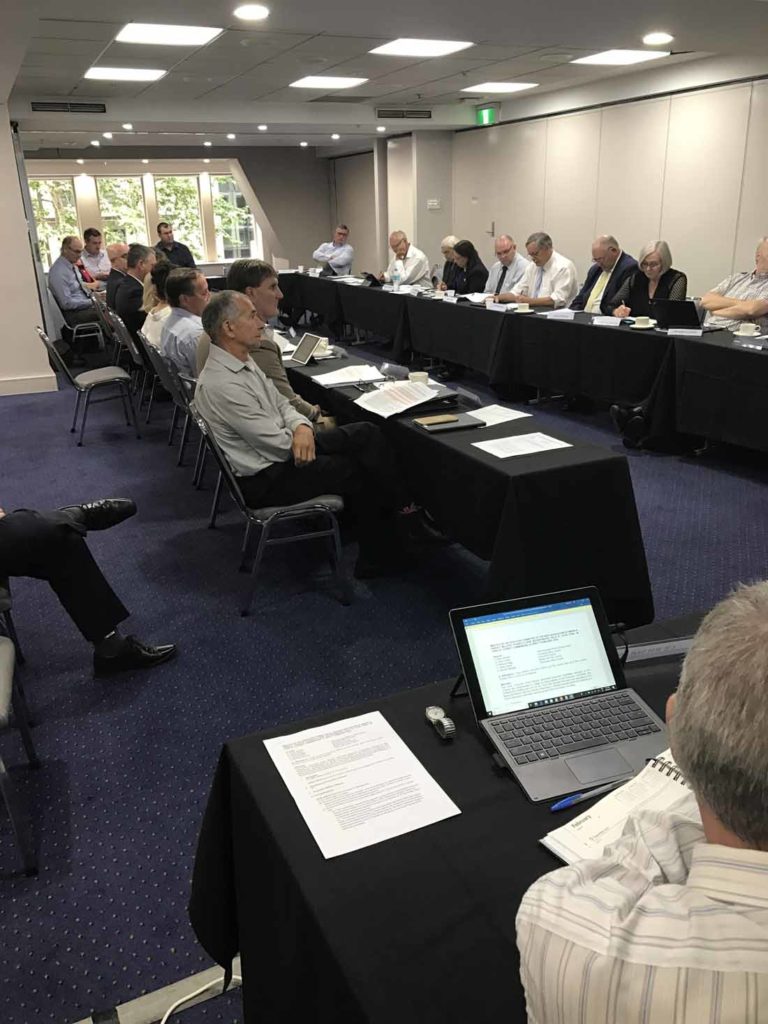 Cobar’s mayor, Lilliane Brady OAM, has been honoured with Life Membership of the Association of Mining and Energy Related Councils (AMERC) group.

The motion for Life Membership for Cr Brady was put to last week’s AMERC conference in Sydney and accepted unanimously.

Cobar Shire’s Cr Jarrod Marsden attended last week’s conference on behalf of Cr Brady and congratulated her on the honour.

Cr Marsden said it was a very interesting meeting that was well attended with representation by all of the 22 member councils.

He said while members of the Liberal/Nationals Coalition, the Labor party and the Shooters, Fishers and Farmers party were invited to speak at the conference, only the Labor party showed up.

“Importantly for Cobar they also committed to removing the co-contribution requirement and under a Labor government we would be able to apply for full funding of projects.”

Cr Marsden said he would follow up on how they proposed the funding ratio formula would work as currently councils like Cobar Shire are hampered due the funding formula being heavily weighted by population.

He said the association debated a new policy on coal seam gas, with consensus not quite reached so he said the matter will go to the next meeting at Forbes in May.

“It’s a worthy document and includes many protective measures for councils, people, and the environment which is above and beyond current government policy,” Cr Marsden reported.

“We had speakers from the Department of Planning regarding current and new solar/ wind farming projects.

“There are nine under construction and 26 in the early planning stages.

“It’s poor policy which drives these projects as its dictated by proximity to population rather than power usage, so Cobar is basically excluded due to line losses to back feed the grid, even though we have high end users in our area and we sit in a better solar zone,” Cr Marsden said.

He said other topics of interest at the conference included: a university study to create a new template which can be used when evaluating a project development application as well as grant funding for weed control along roadways to ensure bio-security.

A warning to other councils also came from Mid Western Council (Mudgee) who had a major issue after sourcing a large amount of materials from overseas for a local project.

The council was left with over 1,100 pallets which were made of MDF timber treated with arsenic, and could not be disposed of in a normal fashion.

“This serves as a lesson to all other councils and we should include waste disposal in all tender and project documents where applicable,” Cr Marsden said.

A storm which dumped nearly an inch of rain on Cobar’s CBD in around an hour has helped provide some temporary relief from the ongoing drought. While the Cobar Meteorological Office on Louth Road officially measured 13mm of rain from Thursday’s storm, there was 20mm recorded by the Cobar Airport […]

New faces at the table

With the onset of very hot weather Cobar Shire Council received an increase in complaints earlier this month from residents with discoloured water. A number of residents also took to social media to voice their dissatisfaction with the state of the town water supply. Council’s water and sewer manager Eric […]