The name Harry Marshall appears numerous times in Cobar’s sporting history books between 1965 and 1973 and Harry could quite possibly have been the best sportsman Cobar would ever produce.

Harry was born in 1953 and went to Cobar High School before taking up work at the CSA Mine so that he could save enough money to go to university.

Harry’s life was however tragically cut short when he was killed in a mining accident on November 27, 1973.

A plaque detailing Harry’s countless sporting achievements was unveiled at the Cobar Youth & Fitness Centre gym on Friday as part of this year’s Festival of the Miner’s Ghost events.

While the gym had been named after Harry some years ago, Barry Knight, who was a good mate of Harry’s, said a lot of people these days would not know who Harry was and so Barry instigated the memorial plaque to be erected in his honour.

“Harry was an extraordinary person, a good mate, first and foremost, he was a bloody good mate,” Barry said.

“We went through high school together, he was a phenomenal sportsman.

“He could do anything.

“I remember he borrowed a tennis racquet one day and then a month later he was playing  tennis for the Cobar High School Davidson Shield team,” Barry said.

Harry also excelled in athletics track and field events (where he set numerous school records) as well as cricket (at just 16 years old he took 9/55 in the A Grade cricket competition); rugby league (he won two premierships with his Under 18s and First Grade teams); and Harry also won an A Grade Soccer Premiership playing with a Cobar side in the Dubbo competition.

“Harry had one simple rule that sport was just a sport,” Lloyd said.

A big crowd, which included Harry’s mother and three sisters, was on hand to witness the unveiling of the memorial plaque. 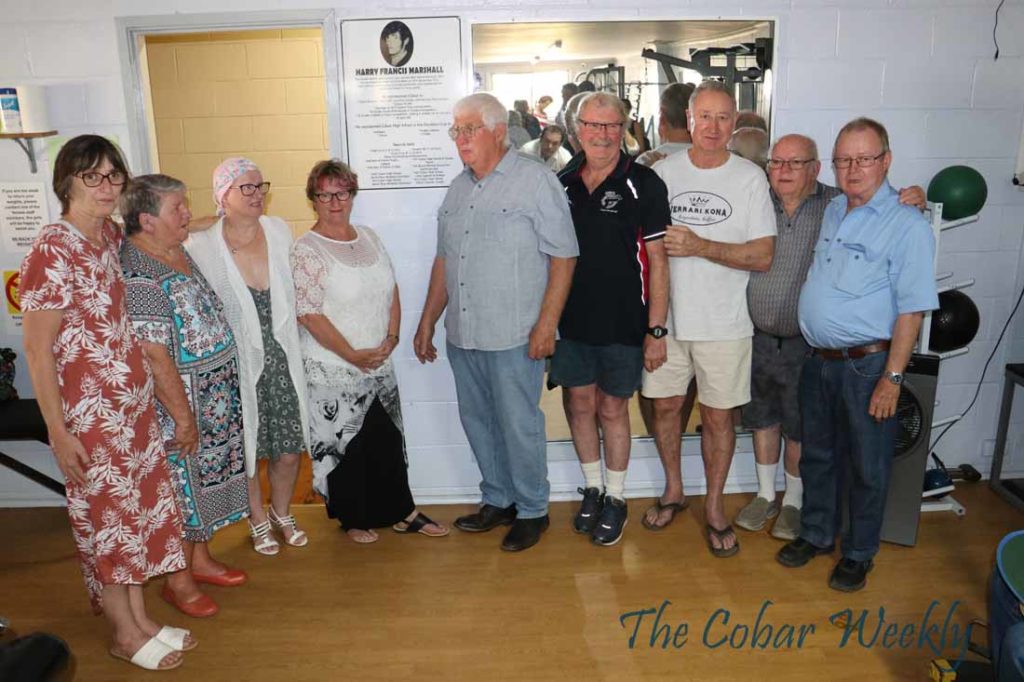 Buckman’s pick for our ‘greatest’ indoor soccer side

In the absence of any current local sporting events, The Cobar Weekly has invited various sports people and commentators, to provide us with their Greatest Teams Ever. Their brief was to choose a side based on anyone they had played with or had watched play in Cobar. This Indoor Soccer […]

When Squalleyball veteran Colby Lawrence was asked to pick his Dream Team for The Cobar Weekly he said at first he was afraid, he was petrified. And then when he sat down to write up a team list, he found it hard going. “I’m going to list nine players as […]