The Cobar Weekly has called upon a local Clay Target shooter (Mister Target) to select Cobar’s Greatest Clay Target team and, with so much local talent on offer, he’s gone back through the Australian history records to select his squad.

The six shooters in this squad have
been selected based on their achievements recorded by the Australian Clay Target
Association (ACTA).

At the top of the list is Arthur ‘Pud’ Burgess who was inducted into the ACTA Hall of Fame in 2005.

Pud competed in the sport from 1937 until 2013 and shot all around the world.

In his sporting career, he won 12 National titles and finished on the podium 23 times.

He won the National Double Barrel title in 1968, was runner-up on two occasions and third on two others.

He won the Single Barrel title three years and was second on three other attempts.

Second pick in the Cobar team is another ACTA National Hall of Fame inductee, Arthur Turner.

Arthur was also inducted to the NSW State Hall of Fame and has achieved more than any other clay target shooter nation-wide.

Thompson is currently at the top of his game and is to be inducted into the NSW Hall of Fame later this year.

Three times Thompson has earned a spot with the NSW State ISU Trap Olympic teams and has been a member five times in Down The Line Trap Mackintosh Teams, has qualified 14 times for State teams, won eight NSW State Titles and two Australian Titles.

In 2014, Rob set an Australian Trap Longest Break 15 metres record with a score of 904 and in the same year also had the Longest Personal Break of 939.

The No 4 shooter in the Squad is the Cobar Clay Target Club’s current president, Bryan Manns.

Bryan has been a member of two Australian teams, one of which finished second in International competition.

He has also been selected in seven NSW State teams and earned spots in 16 Western Zone teams and achieved selection in a number of Mackintosh Teams throughout his career.

He has six NSW State Titles to his name and in 2006 finished in 6th place at the World Championships in Wagga Wagga where he achieved his 650 break badge in double barrel (he had to shoot 684 targets to achieve it).

Wayde Hawkins gets the No 5 spot in the Cobar Squad.

Wayde has competed in five Australian Open Mackintosh teams and in 1999 was part of the Australian Glenn Cup team.

Rounding out the team is the quickest marksman of the side, Doug Osborne.

Doug earned a spot in the clay target history books as just the 6th shooter nationwide to shoot 100 targets straight. 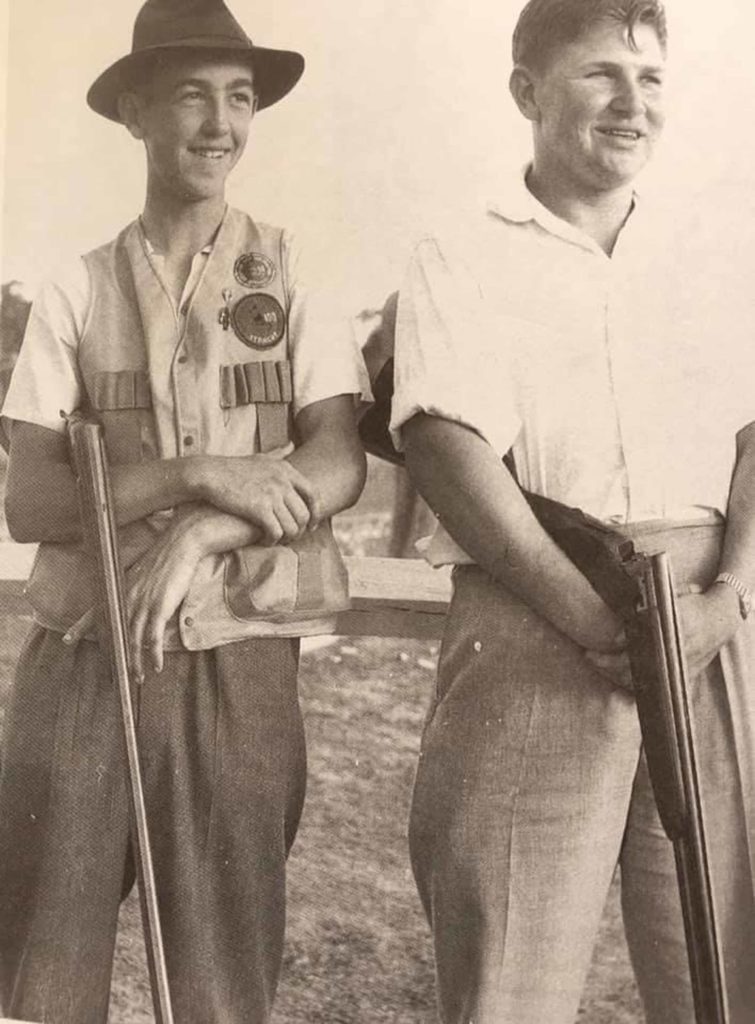 Kendrick wins Beryl Jones Memorial Trophy after a shoot off

The Cobar Clay Target Club held their annual Beryl Jones Memorial Shoot on Sunday with Skeet and Down The Line events contested. Brad Kendrick won the Beryl Jones Memorial Trophy after displaying great concentration and determination throughout the day. It was a great tussle at the end between John Polack […]

The Cobar Clay Target Club’s monthly shoot on Sunday was attended by 12 shooters, with everyone enjoying a relaxing day, after the club’s major event in August. The shooters participated in a four event program in sunny and very windy conditions still with some possibles (perfect scores) being recorded. The […]

Good weather made everything possible

The Cobar Clay Target Club held their monthly shoot on Sunday with 12 members in attendance. The shooters participated in a three event program and a clear, sunny day, ideal for shooting, allowed for some possibles (perfect scores). The first event of the day was a 20 Target Double Barrel […]