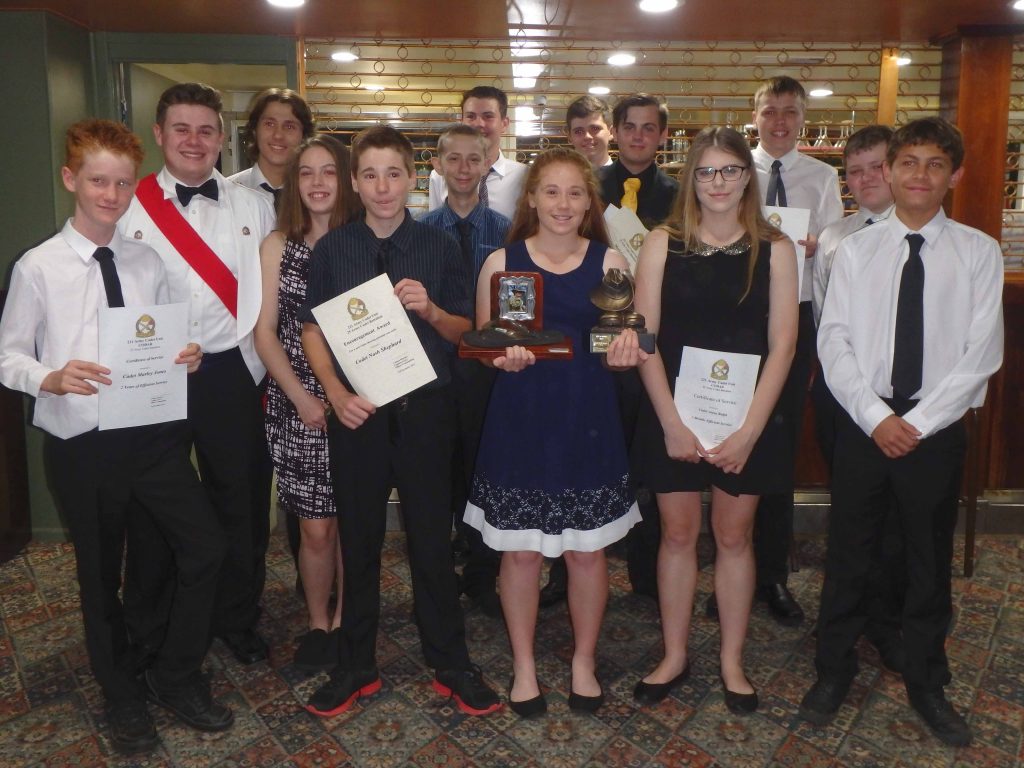 The Cobar Australian Army Cadet unit enjoyed a night out at the Cobar Memorial Services club on Saturday night where the year’s awards were also presented.

Cpt Boucher told The Cobar Weekly that the event was a great success and that she has had lots of feedback about what a wonderful evening it was.

The trophies were donated by various community members and businesses.

In the coming weeks more than 150,000 people will sign up to shave or colour their hair to support Australians with blood cancer and fund research, while in Cobar there’s a posse of pooches who are joining in the cause. The Cobar Memorial Services Club is a regular supporter of […]

Cobar Swimming Club members recently competed at swimming carnivals in Warren and Mudgee with many returning with some new personal best (PB) times. Brothers Jair and Jared Apaza, and Jacob and Noah Lynch along with Raymond Jones competed at Warren on Sunday. Jair finished 2nd in his 11 years and […]

The Regional Australia Bank handed out $46,364 to a large number of local community groups last Tuesday at the Services Club as part of their Community Partnerships program. The bank’s donation program is going from strength to strength each year, particularly in Cobar, with $4,000 more handed out this year […]