Santa Claus was definitely looking his best for the Cobar Business Association’s annual Christmas Street Parade last Thursday night after a hair cut and blow wave on the Outback Styles Hair Salon float. The clever float idea caught the attention of the judges and they shared the Best Float title with Cobar Junior Rugby League. The Baptist Church group, who had a large present on a forklift which was followed by shepherds, donkeys, goats and others, won the Margaret’s Choice Award for best Christmas spirit. The three shared in $200 worth of Cobar Quids as their prizes. For more photos from the parade and the Gala Shopping Night, see pages 14 and 15. 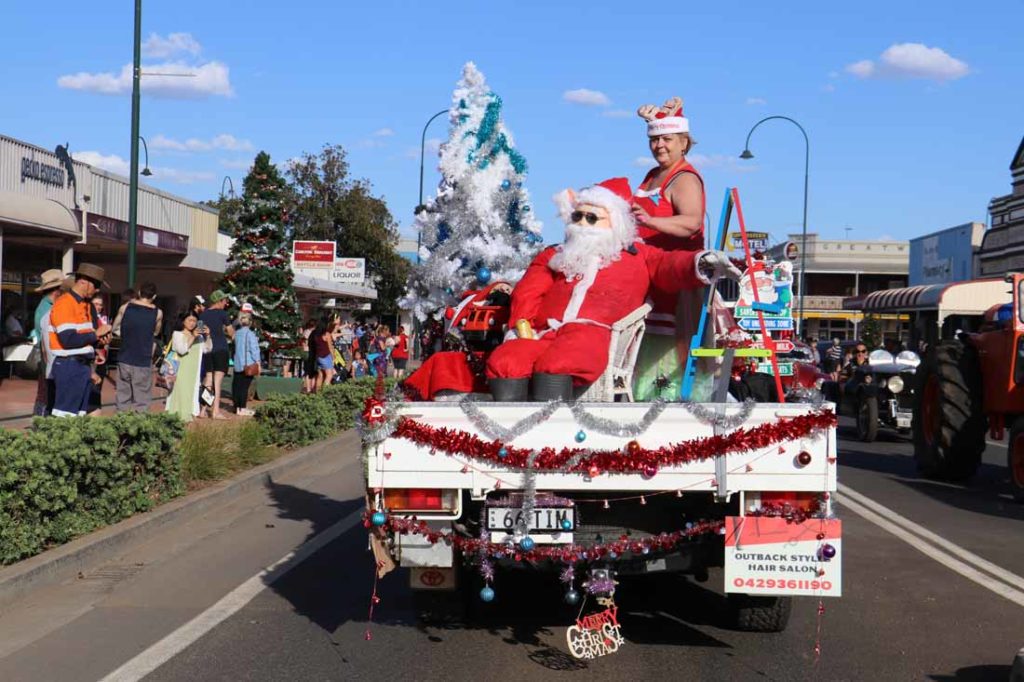 Workers retrenched last week from Endeavor Mine and their partners will be able to access a range of information and advice today at a Redundancy Support Session. Coordinated by the Cobar Business Association, the session today at the Cobar Bowling & Golf Club will be attended by training providers, counsellors […]

Kate Winders was yesterday declared elected to Cobar Shire Council following a close by-election. The vote, held to fill the role of councillor left vacant by the departure of Greg Martin, came down to the distribution of preferences with just 63 votes the difference between Mrs Winders and Ben Hewlett. […]